Attempts: Singapore by Rei Poh – presented as part of the M1 Singapore Fringe Festival 2018 – creates a theatrical performance that immerses its audience in an ‘escape room’-esque experience. It is inspired by Martin Crimp’s experimental and postmodern work, Attempts on Her Life (1997). 22 participants are tasked with deciphering a mysterious databank containing information about an enigmatic figure, Anne, that has surfaced on J.O.A.N., the Artificial Intelligence system of a corporate conglomerate called ARC.

The audience is split into two groups and led into one of two rooms – a research lab-cum-detective office or the bedroom of an unnamed girl. In each room, they are made to solve a series of puzzles; hidden keys and letters to find, or padlocked briefcases and boxes to crack open, leading to research reports and diary entries that give clues on Anne’s identity. The investigations are periodically interrupted by “anomalies” – cut scenes that may or may not be related to the main mystery. Halfway through, the two groups swap rooms and continue their inspections. At the end of the performance, everyone must reach a consensus as to who Anne is and whether she is dead or alive.

The entire experience is highly unsettling. Everything from J.O.A.N.’s pre-programmed speeches to the control room’s set-up seems manicured to create a clinical and sterile environment; it feels almost too perfect, too polished, as if I have walked into a dystopia disguising itself as a utopia. Like players in a game, we “researchers” are apparently given agency to participate in the investigations. Occasionally, we are prompted by J.O.A.N. to discuss our findings with her as she offers guiding questions. The entire process feels carefully constructed, like we are made to follow a pre-determined order of uncovering these clues. This in turn creates an illusion of agency, but to a great degree is a form of manipulation.

Fragmentation is a preoccupation in Attempts: Singapore. Apart from the jigsaw puzzle-like nature through which information is presented, we are privy to a myriad of (sometimes conflicting) accounts about Anne’s identity; she is simultaneously a mother, daughter, sex worker, terrorist, yet she could also be none of them. In this respect, Anne resists categorisation and eludes representation. A similar aura of ambiguity surrounds J.O.A.N., whose face is constantly obscured by the use of dim lighting and translucent screens. Towards the end of the performance, three J.O.A.N.s appear to challenge the assumption that J.O.A.N. is a singular, unified entity. This is an evening of continuous uncertainties, an unending reminder that knowledge and reality are malleable and subjective.

This idea of fluidity also spills over to the ways in which language is used; the overarching narrative is non-linear, there is a man who speaks exclusively in Bahasa Melayu, a woman who mumbles a string of incoherent sentences to herself, a conversation in which we can only hear one party speaking. All of these fragments have a claim to truth, but there is no sure way of cementing their legitimacy. By creating a space for such micro-narratives to co-exist even as they compete for our attention, Attempts: Singapore rejects hierarchical structures of knowledge and stratified frameworks of thought in favour of multiple truths and realities.

While dwelling on this idea about the pivotal role of language in the performance, I am reminded of a question another audience member raised during the post-show dialogue about J.O.A.N.’s fixation with nudging the audience to determine what the “Inner Circle” is. This inevitably leads me to wonder: Are J.O.A.N.’s guiding questions truly objective? Does she really play a neutral role and “serve humanity” like she claims to do? Or might she be subtly manipulating us to fulfil an unspoken agenda? Ultimately, Attempts: Singapore raises more questions than it addresses but, in doing so, creates an extremely thought-provoking play that encourages its audience-participants to embrace – perhaps even celebrate – the plurality of possibilities inherent in its aesthetics.

This review is based on the performance on 25 January 2018 at 8pm.  Part of the M1 Singapore Fringe Festival, Attempts: Singapore by Rei Poh ran from 25th –  27th of January at Centre 42.

Alicia Chong is a Liberal Arts graduate with specialisations in English Literature, Critical Theory, and Classical Music. Her current interests revolve around the ways in which multidisciplinary works communicate new ideas, challenge artistic conventions, and reflect the human condition in contemporary society. An arts programmer by day, she writes arts reviews and teaches herself Japanese in her spare time. See more of her writings at http://aliciachongmin.com. 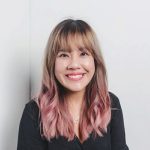 Alicia Chong is an arts programmer who works within and across disciplines to explore issues in contemporary culture and build bridges between artists, audiences, and spaces.

She is interested in contemporary performance and especially enjoys working on multi-/interdisciplinary, concept/idea-driven works that are socio-culturally engaged and can engender new perspectives about the complex world we live in. She has experience in programming and producing works across theatre, dance, music and the literary arts, and is also invested in supporting the development of the next generation of arts practitioners and performance makers.