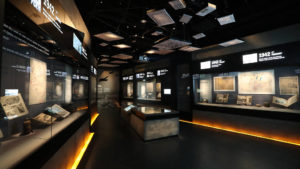 To mark – not commemorate – the 75th anniversary of the fall of Singapore, there’ll be an exhibition set in the Old Ford Factory, which was where the British surrendered to the Japanese forces on February 15, 1942. Spread across four zones, take in the diary entries, identity cards and war campaign documentary paintings on display, then reflect on the solemn beginnings of our nationhood.

If you love scrutinising artefacts, analysing old documents, and de-constructing old photographs in your mind, you’ll love this exhibition. 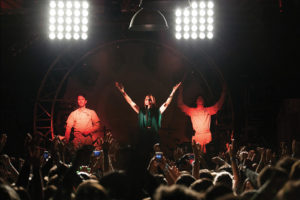 They are now back with the soothing track Ici & Maintenant (Here & Now), a song reflecting Yelle’s urge to be connected fully to the present moment, and will promote this new single in Singapore, as part of their French Miracle Tour in Asia.

Grab your friends and let loose, there’s no party like a YELLE club party – for this week at least. Get your tickets here! 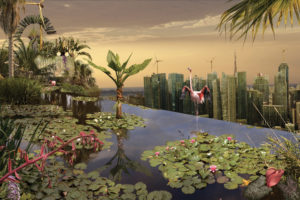 Once Upon a Time Tomorrow by Chris Morin-Eitner, Gardens By The Bay, The Colonnade, Supertree Grove

Immerse yourself in Once Upon a Time Tomorrow by Chris Morin-Eitner, an idyllic world of photo-paintings comparable to a new-found Garden of Eden.

How will man-made super-structures, a symbol of human dominance over nature, evolve over time? Inspired by Angkor Wat, which is a symbol of how a long lost human civilization has been overtaken by the forces of nature, French photographer Chris Morin-Eitner utilises contemporary iconic buildings and digitally reworks the images with colours, shadows, and textures inspired by his previous travels.

Nothing like a quiet stroll through the gallery to catch up with yourself, Admission is free! 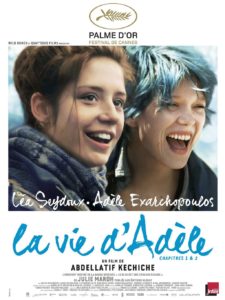 Adèle’s life is changed when she meets Emma, a young woman with blue hair, who will allow her to discover desire and to assert herself as a woman and as an adult. In front of others, Adèle grows, seeks herself, loses herself, and ultimately finds herself through love and loss.

*8 minutes of the movie were cut.

You’ve probably heard your friends mention this movie every now and then, you’ve seen screenshots of this film on tumblr, now watch it full length in a theatre! Get your tickets here 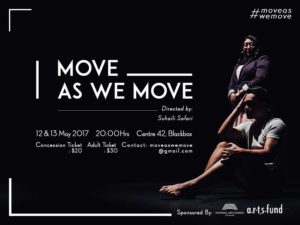 “There are so many possibilities Doc, once I’ve found all the possibilities, and the variables around them, I’d have a shot at making my destiny come true.“

In a society fraught with increasing divorce rates, how do we mourn the death of a partnership and move on? Torn between the internal and external world, Move ____, As We Move revolves around a man’s life as he is coming to terms with his divorce and the elements of his past that still haunt him. With his vivid imagination and the harsh realities of recovering, Move ____, As We Move is an exploration of the classic Nature vs Nurture philosophy, manifested into the complicated marriage of fate and history.

You know the feeling of watching a good play in a dark theatre, and you miss it. Well, put an end to that and treat yourself this week. Click here for tickets!

Note: All information is correct at the time of publication. Please confirm directly with the organisers/event websites. ArtsEquator is not responsible for any changes to the schedule of events. If you have an event you’d like us to highlight, please emailevents@artsequator.com.