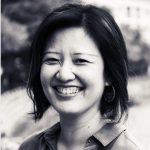 2 thoughts on “Wretchedness and absurdity: Thoughts on Bong Joon-ho’s Parasite”