The Taipei Arts Festival (TAF) began in 1998 as one of the main festivals in Taipei to mark the city’s contemporary consciousness through the staging of multiple artistic activities for international and national audiences. This year the TAF celebrates it 20th anniversary with a transformation: it combines with two other city festivals, the Taipei Children’s Festival and Taipei Fringe Festival, under the banner of the Taipei Performing Arts Centre (TPAC), scheduled to open in in 2021.

For this special occasion, the Singaporean curator, Tang Fu Kuen, was appointed as the first foreigner to take on the role of artistic director in the two decades of the festival’s history. Before starting this job, Tang was based in Bangkok and worked actively throughout Asia and Europe as an independent curator, producer and dramaturg of contemporary performing arts and visual arts focusing on Asian artists.

TAF first approached Tang two years ago. He spent a year researching the Taipei contemporary art scene before accepting the offer. He relocated from Bangkok to Taipei one and a half years ago. He described that meeting with the younger generation of Taiwanese artists gave him a good way to understand what this island’s identity means. He also felt the pulse of what East Asia is possibly heading towards, which points at the same time to how Taiwan would look towards Southeast Asia as a part of an alliance.

Taiwan has a complicated history. After fifty years of Japanese colonial rule, then immediately falling into the regime of the most extended military government, the Kuomintang, it finally gained freedom from the martial law in the late 80s. Indeed, politically, the destiny of Taiwan and its autonomy is continuously contested. Fu Kuen points out that this background has fostered the independent force of the nation, which in turn has led to a social phenomenon in Taiwan of being extremely self-organised and self-determined.

Tang believes that this trait underpins the identity politics in Taiwan, where people are have been continually questioning “Who I am and what is my agency? How do I form the community of the individuals that then becomes my society?” He thought this a rare phenomenon within Asia. Thus Taiwan is a progressive liberal democracy – however from his outsider’s point of view, Tang wonders what the discursive dimension of this liberality is; what are the processes of consensus and dissent, and then how does one cope with internal differences.

This peculiarity of Taiwan inspired Tang to propose the theme Assembly for this year’s 20th edition of the TAF. The Chinese translation of Assembly is more accessible and straightforward, meaning “Because of ___ we are together”. The blanks need to be filled with the imagination and the determination of everyone within a society. Tang as a curator opens up the framework for the public, asserting that it is no longer art for art’s sake, but art in relation to society.

This interview was conducted on 19 August 2018 at Smell & Drink, Dadaocheng, Taiwan, by Yuka Sugiyama of the Creators Cradle Circuit. 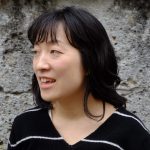 Yuka Sugiyama has been exploring performing arts in theory and practice by focusing on body and space. After completing an MA in Performance at Queen Mary University of London, she has worked in directing/managing in international and cross-cultural programs in the art festivals, spaces and galleries in Japan. She is the director of Karakoa, a collective of independent creators from Southeast Asia and Japan formed in 2018. She organised the Transnational Mobile Festival Creators Cradle Circuit in 2021.