6am is a pretty unremarkable time. It’s the time Singaporean students are woken up by alarm clocks or family members, blearily rubbing the sleep from their eyes to prepare for another school day. It’s the time people start making breakfast or getting ready for work. It’s that quiet, dim hour before the sun rises over the island.

Some Fridays, it’s also the time that death row inmates are executed.

Unless there’s a high-profile case—or the President of the United States takes a shine to it—the death penalty in Singapore is not often talked about. To the average middle-class Singaporean, it’s a distant issue, a deterrent to bad guys with drugs or murder on their minds. An in-depth public opinion survey found that “[t]here were 2.5 times more respondents who said that they were ‘not interested or concerned at all’ about the death penalty as compared to those who said that they were ‘very interested or concerned’ about it.”

GroundZ-0, a collective founded by Zelda Tatiana Ng, sets out to challenge this apathy in their mixed media presentation 0600, a work commissioned by the Singapore International Festival of Arts. The show does not espouse a particular pro- or anti-death penalty view; in fact, it is made very clear that 0600 “is not a statement”, merely an invitation to keep an open mind and experience different aspects and perspectives before taking a stand.

Sited within the vast National Gallery, 0600 focuses on a small corner of the Supreme Court Wing—it begins by the holding cells, preserved from the days when the building was a working courthouse, up narrow staircases and corridors to the courtroom where judges meted out sentences, capital punishment included. 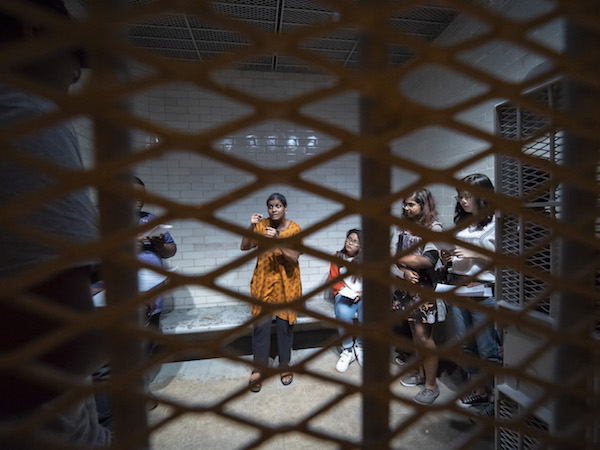 The experience is immersive, the audience turned into participants as they are led by poker-faced guards/ushers from section to section. An inmate whispers and wails in one of the cells, insisting over and over again that the drugs in her suitcase weren’t hers. Next door, video screens play a video interview with a mother who contemplates mercy for her son’s murderer, only he’s already been executed. An audio clip from a prosecutor talks about justice and deterrence, the bigger picture in a system that takes lives. Upstairs, the guards curtly refer to participants by only “convict” and their assigned numbers, as one is asked to write down one’s last wish and last meal request. Photos are taken, one’s weight measured so the length of the rope can be calculated. Finally, in the courtroom, a young man recalls his brother’s death, and the day his brother’s friend was sentenced to death for drug trafficking.

The small size of the group and intimate (or oppressive) tightness of the space makes 0600 an intensely personal experience. Talking is not allowed; though one might want to, there’s no way to turn to anyone and whisper an observation or ask a question. Anything you see, do or think of can only be kept to yourself—there is no escape, no distraction from your own responses.

In such a context, it’s impossible to divorce the presentation from one’s own experiences and perspectives. When we were handed envelopes containing redacted copies of the letter an inmate’s family receives four days before the scheduled execution, I thought of the real versions I’d seen in the past seven years, during which I’ve worked with families of death row inmates and campaigned for abolition of capital punishment in Singapore. When we were told to pick up little plastic candles, I thought of the real tea lights we’d lit outside Changi Prison during the vigil for an inmate in July last year—a vigil for which a number of us were later given “stern warnings” for participating in a public assembly without a permit. (One activist, Jolovan Wham, is currently being charged for allegedly organising this “illegal assembly”.) As I gazed at a board listing the estimated number of executions each year, I realised with a sickening sense of panic that I couldn’t remember the name of one of the inmates executed last year—I’d expected myself to never forget a case, and yet the name had slipped away quietly amidst the chaos and hustle of everyday life.

But what was most striking, and most in line with my observations of the death penalty, was not any monologue, signboard or Post-It note. It was the cold efficiency of the entire exercise; the brisk professionalism of the guards telling you to hurry up, to be silent, to not lean against the wall. The lack of both cruelty and kindness, leaving only a bureaucratic determination for protocol and process to lead everyone to the desired conclusion. 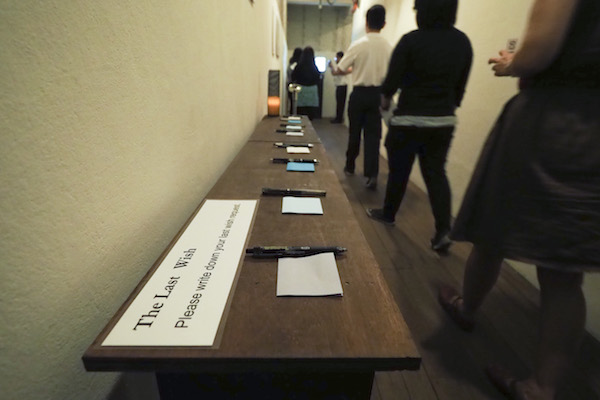 It is GroundZ-0’s ability to capture and so simply evoke this clinical focus on the administrative—made all the more startling when it suddenly dissolves into friendliness and smiles—that brings 0600 to the heart of the issue. This is what makes capital punishment unlike any other loss, or taking, of life; it occurs not in a fit of passion, nor as a consequence of greed or cruelty, but in a steady, emotionless stream of notices on official letterheads, forms and requests and procedures that bring a human being closer and closer to their scheduled death. No one can say they comprehend the regime of hangings in Singapore without first appreciating this. Some, such as myself, appreciate this and therefore cannot comprehend the regime of hangings in Singapore.

At only 45 minutes long, the presentation was only able to give people a mere glimpse of a massive, complex issue. Each presentation features just four out of 11 monologues, some from the perspective of the victims and their families while others from the accused and their loved ones. The performance I attended focused on the experiences of victims and their families—an important reminder of the pain caused to the innocent, and the people capital punishment claims to support or even save.

I wished the presentation had been a little longer, or at least provided a mix of perspectives, rather than focusing on one and the other. Considering that each participant will likely only interact with this presentation once, it would have been nice to have had the opportunity to engage with a greater variety and juxtaposition of anger, loss and hurt from one to the other.

But ultimately, 0600 delivers a crucial message about a largely hidden yet massively complex human issue: no matter where you stand, for or against the death penalty, please don’t look away.

Kirsten Han is a Singaporean freelance journalist and activist. She is a founding member of We Believe in Second Chances, a campaign for the abolition of capital punishment in Singapore that supports the families of death row inmates.