Is it enough to be not unhappy? This is what Yeoh Jo-Ann’s Impractical Uses of Cake sets out to interrogate, framing the question in terms that speak to both existential crises at large as well as the uniquely Singaporean predicament of progress and prosperity. Yeoh’s novel pokes at the façade of the Singaporean Dream with an eye for the overlooked and a winning sense of humour, though the story’s wide-ranging critique falls short of tying up its primary threads.

But first, our main character: Sukhin, at 35, is a man ripe for a mid-life crisis and riddled with contradictions. He’s a junior college English teacher with the cynical soul of an economist—for every Shakespeare quote he recites, he grumbles about the marginal social benefit of angry cyclists or the minute-and-a-half variations in his schedule. His only friend, a flamboyant colleague named Dennis, is seemingly the person he least tolerates in the world. He dismisses the people around him as insufferable fools, but simultaneously stakes his self-worth on staff room gossip and family chatter. He hates the job that has consumed his life, but refuses to touch the status quo in any way.

Enter Jinn, the ex-girlfriend who reappears in his life all deus ex machina when Sukhin literally runs into her in an alley, knocking over the cardboard boxes that she now calls home. The encounter throws his mundane routines completely off track, and Sukhin finds himself thrown into a lifestyle that is antithetical to the person he has become, which may be his only hope at growing beyond it. As Sukhin tries to learn the whys of Jinn’s life and plays good Samaritan by offering her shelter and cake, he is pulled into her orbit of wild otters and homeless food salvagers (affectionately called the “veggie pirates”). He joins the patchwork kitchen crew in assembling a grandiose Christmas dinner, and loses sleep engineering a new cardboard house for Jinn that’s more machine than box. It’s not so much a transformation he undergoes as an unravelling, the resurfacing of a younger, anxious-to-please Sukhin through the ice of curated grumpiness. Yeoh’s narrative style facilitates this by juxtaposing the present with the past throughout the book, often cutting to a scene in media res from Sukhin’s adolescence without signalling that a flashback is occurring. This chronological tension is an effective choice, and suggests that alternative visions of Sukhin are still available for him to embrace even in his current mid-life. However, it’s also clear that Sukhin’s change of heart hinges entirely on Jinn—he admits that he’s working at the soup kitchen for her, not out of any deep altruistic stirrings. This complicates the story’s seeming promise of alternative routes to genuine happiness—Sukhin’s redemption arc is ultimately a variation on conventional romance.

This leads us to the hollow at the story’s centre, Jinn herself, who comes across as a manic-turned-depressive pixie dream girl. It’s not that her moods and cagey mystique are out of place—as her backstory unfolds, we are given glimpses of her trauma and struggles with mental health, which lend some reason to her madness. The issue is that Jinn is never allowed to grow beyond this trope into her own character—her primary function in the novel is as romantic foil to Sukhin’s soul-searching. Jinn’s own catalysing crisis, her estrangement from her family, is never reckoned with, only swept aside. Yeoh does give us half-windows into Jinn’s interiority via the vignettes that precede each chapter, where, though she is reduced to “the woman”, her perspective is divulged in cryptic fragments: “The woman sips her tea at the balcony, wondering if death will somehow change her. For a long time, it was all she looked forward to.” Even these precious interior spaces, however, are given over to Sukhin’s positionality by the novel’s end, a disservice to a promising character, and a perpetuation of a long tradition of closing an eye to mental illness and the ills of our patriarchal society.

Shortcomings of character aside, there’s a lot to love about the story that Yeoh puzzles together from conversational whimsy and quirky obsessions. Even if symbolically disappointing, the relationship between Sukhin and Jinn is emotionally compelling. They share a rapport that is comfortable with quips, digressions, and long silences, and there’s an undeniable catharsis in watching two broken people find comfort in each other’s company. The supporting characters are colourful and provide diverse rebuttals to the narrative of a singular road to happiness, from Dennis’ open queerness and the veggie pirates’ nomadic foraging to the promising aspirations of the students under Sukhin’s tutelage. Ultimately, much like Sukhin does with his exquisite cardboard corpse, Yeoh assembles a dazzling story out of many moving parts—one whose structural integrity does not quite live up to its promise, but which nevertheless produces moments of novelty and joy.

Impractical Uses of Cake by Yeoh Jo-Ann can be purchased online at Ethos Books, BooksActually and Books Kinokuniya.

This review was written as part of ArtsEquator’s 5-week Introduction to Reviewing Books course taught by Kathy Rowland. It was organised by ArtsEquator and supported by the National Arts Council. 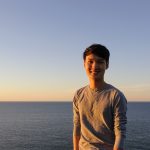 Nathaniel Chew (he/him) is a writer, reviewer, and library human living in Singapore. His collection featherweight won the 2019 Golden Point Award for Poetry in English.