Japanese video designer Shimpei Yamada shares about his practice in multimedia and video design and installation, for both theatre and dance, alongside KL-based critic-facilitator Bilqis Hijjas. This session took place on 8 June 2021 as part of the Asian Arts Media Roundtable at SIFA 2021.

The inaugural Master Conversations series focuses on production and technical theatre. Through four in-depth presentations, led by master technical theatre practitioners from Southeast Asia and around the world, critics will get insights into and knowledge in the often under-discussed aspects of performance-making.

Below is a reflection by AAMR participant Adriana Nordin Manan, from KL, Malaysia, on the session.

Lo-fi. Captivating. Vibrant. Psychedelic. Stunning. TikTok-like. Feeling reflective prior to attending the Asian Arts Media Roundtable Master Conversation on multimedia and video installation, I realised that these words were essentially the extent of my vocabulary if I was tasked with reviewing the multimedia aspect of any show. Even that was a bump up from before, thanks to a few online theatre shows I had watched and reviewed recently.

This sense of being weighed down by a wanting vocabulary is behind one of my most perplexing ponderings as an arts writer: if I write about how a show makes me feel instead of, say, elaborating on its technical aspects that position me as more knowledgeable than the average reader (to whom I want to impart said knowledge), is my voice less commanding and insightful?

Shimpei Yamada, the guest speaker at the Master Conversation for multimedia and video installation, made the topic appear simple and playful, although I suspect his candid and down-to-earth demeanour also contributed to this. The main elements in his toolkit are scale, projection and dimension, and his presentation made multimedia and video installation feel within grasp as an area of analysis.

On the first point, Yamada’s process in designing the multimedia for dance performance Genshoku Shodo was fascinating for its glimpse into his mind, which shone a spotlight on how writing about multimedia can be approached. The source material for Yamada’s work in Genshoku Shodu were pictures by leading Japanese photographer, Nobuyoshi Araki.

Known for its eros, and use of glossy, plastic elements such as dolls and snake figurines, Araki’s collection of 79 photographs was handed over to Shimpei, with the expressed permission for the team to do whatever they wanted with them.

And what did they do? In one memorable scene, a picture of a plastic fish was scaled up and revealed gradually in the background, as the curtains were pulled apart slowly. In another scene, the vertical background image was reflected on the glossy, acrylic floor, achieving an effect that framed the dancers with light and image as they performed, and filled the space. In another show, Eraser Mountain, the positions were flipped when human performers were projected on screen, while inanimate objects surrounded the screen in an organised mess.

Sharing his philosophy, Yamada expressed a desire to defamiliarise landscapes and society in his work. Be it in eschewing human performers for household items and bric-a-brac in filling the stage, or allowing a sliver in one corner of a projection that lets in images from a café adjacent to the performance space, Yamada’s art celebrates a release from convention.

To me, this was good guidance for a writer seeking to be more intentional in writing about technical (and dare I say auxiliary?) aspects of a show such as lighting, multimedia and costume. We might not have the privilege of interviewing the respective artists to gain insight to their process for our reviews, but we can pay more attention to how their works made us feel, and what it added to the show. In interpreting, we are engaging, and there’s no need to feel intimidated.

Yamada’s parting words of wisdom was a quotable quote: “People want to be impressed by the imagination of the artist, not the technology.” I take that as a whisper of encouragement that my task is not to review the latest specs of a souped-up laptop, so I should be unperturbed. Look towards the art, and the words will find a way.

Masters Conversations is a programme of the Asian Arts Media Roundtable (AAMR), which ran from 15 May – 12 June 2021 as part of a collaboration with SIFA 2021. 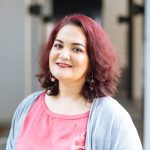