A result of a research collaboration organised by the University of Sydney’s Power Institute in partnership with the Institut Teknologi Bandung and National Gallery Singapore, Ambitious Alignments: New Histories of Southeast Asian Art, 1945-1990 is a recently published volume of ten collected essays. It is comparable to an archeological excavation, unearthing and resurfacing forgotten, if not unknown, (hi)stories and memories of arts and artistic development in Southeast Asia in the period caught in the global political cyclone of the Cold War – as suggested by the time frame in the book’s title. The subjects explored in the volume span painting to photography, public monuments to architecture, cultural diplomacy to political trauma, and female to diasporic artists.

Edited by Stephen H. Whiteman, Sarena Abdullah, Yvonne Low, and Phoebe Scott, Ambitious Alignments is divided into five sections or themes: Art for the nation, Circulation and Internationalism, Contest Topographies, Trauma and Affect, and Defining ‘Art’ in Southeast Asia. Grouping and reading together, the themes are not only to provide the larger brush strokes of the book’s treatment of the region of Southeast Asia, its modern art, and its artistic inventions, but they interrogate and destabilise the boundaries of Southeast Asia as a region and field of study, the field of art history, and what constitute art and modern.  As its editorial declares, the project “…mined archives for new subjects, and contested existing narratives through fresh interpretations and perspectives, [my italic]” and offer “substantial potentialities of new research direction.” However, does the volume really offer the novelty that it claims, and what are those perspectives?

The intercultural, transpolitical and neocolonial struggles of the cold war, fought as a proxy battle on the Southeast Asian stage after the World War II, had not only transformed and shaped the socio-political and geopolitical landscapes of the region, but also its sociocultural and artistic backdrop. The volume has indeed succeeded in revealing this phenomenon. However, while the chapters interrogate the boundaries of its fields of study, they also expose some of the conventional consensus as false: in particular, the general acceptance that Abstract Expressionism was not only transported to Southeast Asia by the United States’ cultural diplomacy machine, but was widely promoted in Southeast Asia. Michelle Wong’s essay in one way or another disproves this idea by suggesting that Abstract Expressionism also travelled from a different route, in the case of the Philippines, from Hong Kong; whereas Roger Nelson’s essay confirms that the genre was to some extent promoted by the United States in Cambodia. Furthermore, Wulan Dirgantoro’s essay questions the general assumption that Bandung school’s abstraction to New Order Indonesia as depoliticised. Dirgantoro reappraises “canonical works from the 1960s and 1970s, suggesting that in the paintings of A.D. Pirous, Srihadi Sudarsono and others may be read a traumatic ‘haunting’, the artists’ response to the violent rise of the New Order…”

It may be a little static to group the ten essays into five separated themes, which make the essays sound like they are contained within specific boundaries, and they are not. In fact, the grouping does not only offer the argument-counter-argument-like and complementary relationship and dialogue to a specific thematic discourse; the themes are also the reflections of Southeast Asian histories, i.e. Trauma and Affect, which could include further narratives of the Khmer Rouge atrocities, and American-Vietnam war in Indochina. Thus, through these themes one can unearth more histories of art that are associated with them. In addition, the volume contributes to the larger narrative of Southeast Asian studies, and it may complement the existing publications on Southeast Asian arts histories such as Modern and Contemporary Southeast Asian Art, An Anthology (2011, Cornell Southeast Asia Program Publications), and Charting Thoughts: Essays on Art in Southeast Asia (2017, National Gallery Singapore).

However, the unearthing of new knowledge, especially those that are unknown and understudied, is another valuable contribution of the volume. For example, the history of modern art in the case of Cambodia, and the work of Nhek Dim by Roger Nelson, are crucial for the more cogent understanding of the region. The collection also presents/makes/restores photograph as an art form in its focus on the practices of Sur photography in Thailand by Clare Veal. In addition, the essay by Brigitta Isabella, The Politics of Friendship: Modern Art in Indonesia’s Cultural Diplomacy, 1950-65 touches briefly on the historic Bandung Conference and the non-alignment policy. While the Cold War was a major political force, it is equally important to research into how this non-alignment politic influenced the artistic and cultural development of those non-aligned countries in Southeast Asia. This subject may require more attention in the future.

It is important to also note that the book lays the ground for profound analyses of some urgent questions in the arenas of Southeast Asian art studies. For example, the understudied contributions of female and diasporic artists to the artistic expressions and art histories within the patriarchal nationalism that engulfed Southeast Asia post WWII, is revealed in entries by Melissa Carlson on woman artists in Burma, and by Eileen Legaspi-Ramirez on Lani Maestro, a Filipino diasporic artist, which offers new light into the subjects.

While these “fresh” perspectives are valuable, the exclusion of other “Southeast Asian” countries such as Laos, Vietnam, and Brunei means the volume does not offer a “complete” narrative. However, the fact that the ten essays are written by scholars who live and work in the region is already subversive and assertive to the western scholarship. Thus the book itself is a decolonisation of western scholarship on Southeast Asian studies. Having said that, the volume is not only a necessary read for scholars of visual culture, art history, Buddhist art, history of photography, and Southeast Asian studies in general, but also an inspiration and starting point for future research studies. 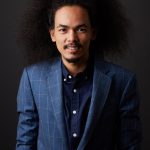 Reaksmey Yean is an art advocate, an early-career art curator, writer, and researcher. A program director of Silapak Trotchaek Pneik (STP Cambodia), Yean is an Alphawood scholar (SOAS, the University of London for Postgraduate Diploma in Asian Art – in Indian, Chinese, and Southeast Asian Art) and an inaugural SEAsia Award Scholar (2017) of LASALLE College of the Arts, Singapore; an Asian Cultural Council fellow (2018), and a beneficiary of Dr. Karen Mcleod Adair grant for MA in Asian Art Histories at LASALLE College of the Arts. He is currently an LL.M. candidate at Royal University of Law and Economics/University of Paris 8 in Public International Law. While his current research is on art restitution in the context of international law, his general academic interest is in Khmerology, Buddhist Arts and Art History.