Bonn Phum, the Village Festival, now in its fifth year and attracting hordes of young Cambodians, took place from April 6 – 8 2018, in the grounds of the Kok Ampil pagoda. Founded by Lomorpich Rithy with her sister Lomokesorr and a few close friends in 2014 when she was a final-year university student, the festival has been tremendous in reviving traditional Cambodian culture and re-asserting the traditional practice of celebrations in pagodas leading up to the Cambodian New Year. Every year a different location is chosen — a pagoda with suitable character — and the three-day festival is built from scratch using as much as possible natural materials like bamboo, with their team of dedicated volunteers, the “lele” Bon Phum. The festival is the embodiment of the values of its founder: a commitment to the rich artistic history of Cambodia, ecological consciousness and social responsibility, national pride without being nationalistic, and a deep appreciation for tradition. But it’s also completely a festival for today’s generations, and a three-day long amazing party and exuberant good time. 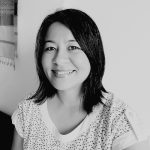 Sunitha Janamohanan has worked in the arts since 1999 with a portfolio that covers a range of art forms and creative industries. She has been an arts manager, curator, producer, venue manager and heritage manager in Kuala Lumpur and Penang, Malaysia. She has an MA in Arts Administration from Columbia University, New York, and since 2015 has been teaching in the BA (Hons) Arts Management and MA Arts and Cultural Leadership programmes at LASALLE College of the Arts, Singapore. Her research interests include community and socially engaged arts practice, and local arts management models in Southeast Asia.