As I enter the auditorium of Kirari Fujimi, a public theatre located about one hour away from the centre of Tokyo, I find myself in the waters of somewhere in Asia. The audience members are greeted by the actors who wear headgear in the shape of aquatic animals. They approach the audience and start explaining the hand signals used by scuba divers: joining the thumb and index fingers to form a loop and extend the third, fourth, and fifth fingers means “OK”, pointing the index and third fingers at your eyes means “look”, and rotating the wrist slightly a few times indicates something is wrong.

Now we are set. The audience are invited to leave their seats and follow these creatures to tour the tropical ocean. This introduction is a clear message from the creators of Beautiful Water to the audience: we wish to communicate with you, and you should get involved and experience what we are presenting. Indeed, the audience is invited to join various “tours” provided by the creative team throughout the performance.

In addition to blurring the distinction between the performers and the audience, the introduction erases the sense of nationality among the 12 actors — four each from Japan, Indonesia and Malaysia. The audience, largely Japanese, has come to watch an international collaboration by artists from three Asian countries and would naturally expect some cultural specificity. Thanks to the headgear and the gesture-based communication, the performers mask their specific nationality and cultural/ethic identity. They are creatures of the water now, where borders that divide the nation-states do not exist.

The sense of connectedness via the water is a key concept of this work. Beautiful Water deals with issues common to the region, principally, the cost of consumerism and its impact on the environment. We can find so much of ocean plastics — the plastic thrown in the sea — in various areas in the region, which are recognised as a major threat to the environment, livelihoods, and eventually, to human health. In Beautiful Water, the water, which was pristine in the beginning of the show, is quickly filled with plastic waste that comes out of a waste container in the center, the only prop on the bare stage surrounded by the audience’s seats of various heights. The first half of the show is presented without clear narratives but eloquently suggests the huge impact of the contemporary consumerism through sketchy scenes of an imaginary shopping mall where the characters of the play eagerly purchase goods and produce even more plastic waste.

The last part of the show sees the actors who previously played cute aquatic animals appear in grotesque costumes made of plastic waste. And the performance ends with Malaysian performer Sharifah Amani trapped in a fishing net that is filled with waste. Visually stunning, this last scene provides a deep resonance that can be created only by a company of artists who share a vision and vocabulary.

I had an opportunity to join one rehearsal as a replacement interpreter and observe the process. I would say that the company that has created Beautiful Water is one of the most tightly knitted groups of artists in an intercultural production I have ever encountered. One way this was achieved was through the serious consideration given to translation during the creative process. Having an on-site interpreter is not cheap; however, producer Kentaro Matsui decided to have three interpreters in the rehearsal room: Japanese-English, Japanese-Indonesian and English-Indonesian. Although the Malaysians and Indonesians ostensibly share a common language, Malay, Matsui, who has been producing intercultural theatre in Asia since the late 1990s, chose to maximise the ease of communication amongst the creative team members by providing an English-Indonesian interpreter.

In addition to the extended interpretation support provided by the producer, the three directors of Beautiful Water – Junnosuke Tada, Bambang Prihadi and Jo Kukathas – made continuous efforts to develop their own method of working together, which I would like to call “manner of collaboration”. In directors’ meetings, Kukathas was the one who came up with a lot of ideas. Bambang took the role of responding to these ideas while Tada listened to them carefully and put them together. Their decisions were made in a very organic way, and the process of decision making itself was an interesting experiment borne out of intercultural negotiations.

While the inner workings of this production, the manner of collaboration, appeared to result in a successful, borderless intercultural piece, the work itself presented some problems, particularly in the latter half of the show.

Three episodes called “the tragedy tour”, which were inserted in the middle of the show, took us to the sites of fatal incidents connected to Malaysia, Indonesia and Japan. Among the rather familiar “national” anecdotes, the Malaysian story, which dealt with the tragedy of flight MH370, was the strongest one. The “tour” took the audience to the Indian Ocean and the tour guide (Tung Jit Yang) narrated all names of the victims. This was interrupted by an angry relative of a Chinese victim (Thian Siew Kim), who regularly visits Malaysia on her own with the hope of getting more information about her loved ones.

This piece was strong precisely because it touched on larger issues beyond just the national issues of Malaysia: the consumerism that tries to appropriate even the grief of the bereaved families, and the cruelty of the masses who appear to show sympathy when they are actually eager to consume the personal stories of the victims and their families. The other segments in the “tour”: the Indonesian story of the Sidoarjo mud flow, which was presented with wayang kulit shadow puppetry, and the Japanese segment that invited audience members to virtually experience life at an evacuation site at a time of an emergency disaster, lacked a deeper resonance with this larger theme.

I would like to imagine — what if the creative team had used this Malaysian story as a motif, and developed it into a more general and universal story that could then work as an allegory? It might push this play even further to a position of a classic of Asian intercultural theatre. Having his Descendants of the Eunuch Admiral in mind, Kuo Pao Kun once wrote;

The allegory extends to a cultural framework which relates it to a larger understanding. In such a context in Singapore where a number of major civilisations and cultures meet, the makers of Allegorical Theatre are likely to delve not only deeply but also broadly into world mythology, world history, world literature and world art, looking for a figurative idiom, an image which can be meaningful to a wide, if not universal audience.[1]

I think this is also applicable to intercultural theatre. And it cannot be achieved in a diplomatic way. Diplomatic relationship is based on the principle of reciprocity: when one nation gets one, the other nation should have the same. Having one story from each participating country subscribes to the same logic.

This principle of equality, however, was made because of a mutual distrust. Your counterpart is always trying to take an advantage from you. Thus it must be agreed that everybody takes the same. Nevertheless, intercultural collaboration can and should escape from such mindset. The company that created Beautiful Water was a beautiful company, and I believe that they had the potential to go beyond reciprocity. 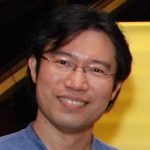 Ken Takiguchi is a dramaturg and translator. He was based in Malaysia and Singapore from 1999 to 2016 and obtained his PhD from National University of Singapore where he later worked as a research fellow. On top of the academic commitment, he worked as the Head of Cultural Department of The Japan Foundation Kuala Lumpur, a consultant for Kuala Lumpur Performing Arts Centre and a board member of The Necessary Stage (Singapore). Ken is currently a manager of Setagaya Public Theatre in Tokyo and teaching part-time at Tokyo University of the Arts. He is also a member of the editorial board of TURBA: The Journal for Global Practices in Live Arts Curation.