Europe on Screen 2017 continues with screenings of 33 films at Kineforum between 8 – 14 May 2017. Europe on Screen is an annual festival where you’ll get to see European films that are not commercially released in Asia. The festival, which was first organized in 1990, began in Indonesia in 2012 and is programmed and organized by the Indonesian Film Center. All films shown at Kineforum is Free although donation is appreciated to support the sustainability of Kineforum. For more information, click here. 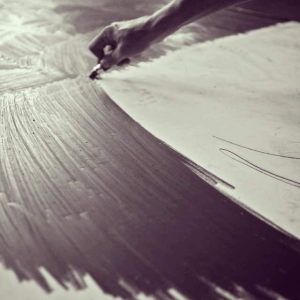 Shukke is the first solo exhibition by Douglas Diaz in Indonesia. Shukke is a Japanese term that means “to leave home” or “to leave home life behind”. The term is associated with monks as they go to monastic life. Shukke is Douglas’ exploration on his life as he captures his journey from the incomplete self to an inclusive self. For more information on the exhibition, click here. 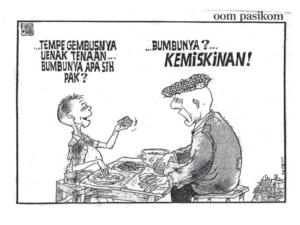 Om Pasikom is one of Indonesia’s beloved cartoonists. His comic strips have graced the pages of Indonesia’s national paper, Kompas, for decades. His cartoons depict the social, cultural, and political life in Indonesia in his own amusing way. To celebrate the 50th year of his comic strips in Kompas, Bentara Budaya Jakarta presents an exhibition of his cartoons and his other artworks. Opening for the exhibition will take place on 9th May at 7:30 PM. The exhibition will be open on 10 – 15 May 2017. For more information, click here. 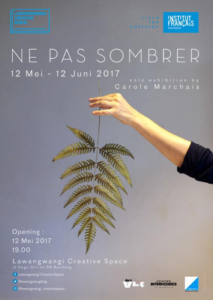 Lawangwangi Creative Space (Bandung) in collaboration with Centre Intermonde (La Rochelle) presents a solo exhibition by Carole Marchais. Carole is a contemporary art maker from France that has been in residency at Lawangwangi in the last 3 months. Carole uses natural materials in her artwork, such as leaves, wood fiber, earth, sometimes combining them with glass. And through her artwork, she invites us to look at these ordinary things in a new perspective. For more information, click here. 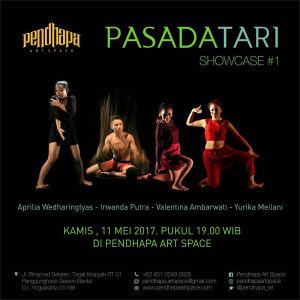 Pasadatari is a showcase of 4 young choreographers in their exploration of the making of a dance. Often times, choreography expresses an idea through many ways, including the lights, visuals, and spoken words. These elements often drown the movements presented. Pasadatari attempts to purely present a performance through a devising process that relies solely on the body. For more information, check the Facebook event page here. 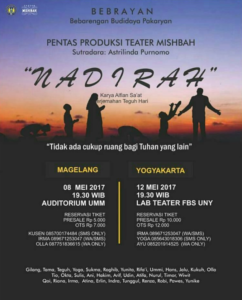