Goethe Indonesia ArtHouse Cinema returns this Ramadan season with Mencari Hilal on this coming Tuesday. Mencari Hilal is the story of the relationship between a religious father and his estranged liberal son. The journey began with the father’s quest for a traditional way to find Hilal, the start of Ramadan month. However, with the conflict that arose between the two, it became a journey of reconciliation. Mencari Hilal is screened at Goethehaus Jakarta this Tuesday with free admission. For more information, click here. 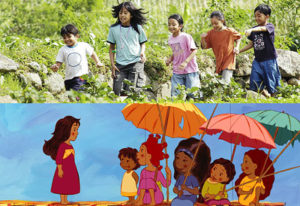 The discussion and debates on children education have been going on for a long time. People always have different opinions, especially on whether physical disciplinary actions are necessary in a child’s development. There might never be an answer to this debate. But in an era where there appear to be more violence coming from the younger generation, Kineforum would like to invite everyone to remember the joy of play and imagination in Kumpul Bocah, an endearing term for a group of children gathering and playing together. In Kumpul Bocah, Kineforum presents 9 short films and 13 feature films about childhood and family. There will also be discussion sessions held on topics of childhood development. Kumpul Bocah hopes that these films and discussions will help form a better future generation. For schedules and more information, click here. 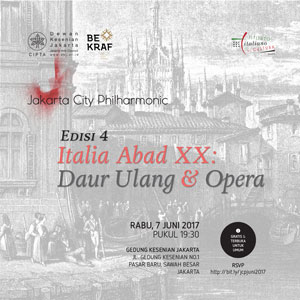 This 4th edition of Jakarta City Philharmonic performance presents a variety of works by local and international composers. Focusing on Italian composer, the Philharmonic will present Respighi’s Acient Aires and Dances – Suite No 1, as well as, Bussoni’s Symphonische Suite Op. 25 in concert style. One of the highlights of the night would be an opera style performance of Puccini’s La Boheme. Pharel Silaban and Fika Djaya will sing the role of Rodolfo and Mimi. The Philharmonic will also play a local composition, Kinthilan by Indrapraja. Currently, the upcoming concert has been fully reserved. However, for more information, click here. 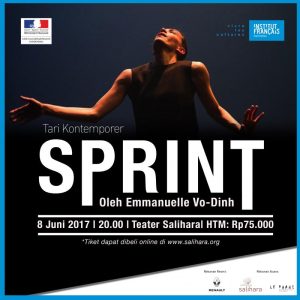 To open Helatari Salihara 2017, Institut Francaise Indonesia, together with Komunitas Salihara presents Sprint, a solo performance by Emmanuelle Vo-Dinh. In Sprint, Emmanuelle wants to look at the act of running sprint through a different perspective. Running sprint is not just moving from one place to another but also a revelation of a new state achieved by the body. Emmanuele Vo-Dinh graduated from the Merce Cunningham School and is currently the artistic director of Le Phare, the National Center of Choreography in Normandie, France. For more information and to purchase tickets, click here. 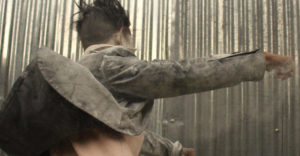 Created by internationally celebrated performance artist Melati Suryodarmo, Vertical Recall is a work that is inspired by Samuel Becket’s Waiting for Godot. Vertical Recall is presented as a part of Komunitas Salihara’s Helatari 2017. For 2 weeks in the month of June, Helatari presents various dance performances by local and international artists. Vertical Recal is performed this Tuesday 11 June 2017 at 8 PM at Teater Salihara. Ticket costs 75000 IDR. For more information and to purchase tickets, click here.

Part of Helatari Salihara 2017, Tari Ghulur is the work of Surakarta-based Mohammad Hariyanto. For Tari Ghulur, Mohammad drew his inspiration from the traditional Topeng Ghulur dance from Larangan Barma village in Sumenep, Madura. From this inspiration, he created rolling movements, jumps, crawls, and other movement that are done without using the legs as support. Tari Ghulur is performed at Teater Salihara on 12 June 2017. Ticket costs 75000 IDR. For more information and to purchase tickets, click here. 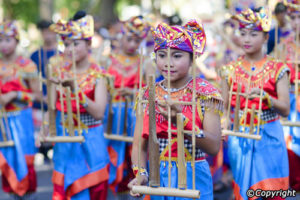 The 39th Bali Arts Festival returns this year to share a full month of traditional and cultural performances as well as other arts showcases. The festival is the best opportunity for visitors to witness performing arts from different regions in Bali as well as other parts of Indonesia. Don’t miss the opening ritual by President Joko Widodo on June 10 in front of Bajra Sandhi sculpture and the opening ceremony on the same night at Ardha Candra Amphitheatre with performances by students of the Indonesian Arts Institute – Denpasar. For schedule of events, you can check it here.