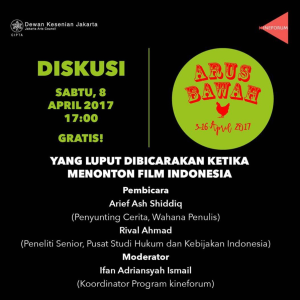 For the first half of April, Kineforum are bringing films with the theme of Arus Bawah or Under Current. Arus Bawah is a reflection of the undercurrent in society. Just as currents in the ocean, life also has an unseen undercurrent that has the power to drag things to a different direction. Arus Bawah presents films that attempt to document these undercurrents and become a voice for a social dynamic that are not detected in our daily lives. For schedule of the films in Arus Bawah, please visit kineforum.org.

To support the theme of Arus Bawah, there will be a discussion titled Yang Luput Dibicarakan Ketika Menonton Film Indonesia – in English means What are missed from the discussions when we watch Indonesian Films. This discussion is free and open to public and will support the films presented in Arus Bawah by going deeper into their stories and context. No registration needed. 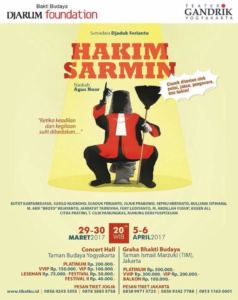 Theater lovers in Jakarta now get a chance to see Hakim Sarmin. Fresh from their run in Yogyakarta, Teater Gandrik is bringing the work to Jakarta. Audiences can enjoy their comedic style as they make social commentary of life in Indonesia. To purchase tickets, please contact +62 838 9971 5725 or +62 813 1163 0001. 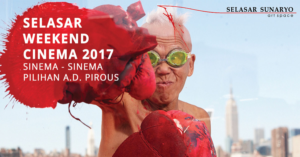 Selasar Weekend Cinema is an annual initiative of Selasar Sunaryo to provide an alternative cinema showing non-mainstream films in Bandung. The event is always created out of a partnership and this year the center has partnered with A.D. Pirous, one of Indonesia’s and Bandung-based well-known visual artist, to share some of his selected films. In addition to being an artist, Pirous is also an avid film collector and has contributed greatly to Bandung film scene in the late 90s to early 2000s by doing his own alternative film screening under the program Sinerupa. Selasar Weekend Cinema happens on selected Sundays between now and mid June. This week, the Cinema is screening Pirosmani. For more information and schedule, visit SelasarSunaryo.com. 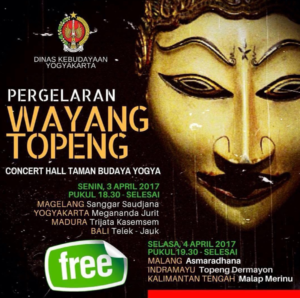 Have you wanted to know the performance creation process? Hurry and join this 1-week devising performance workshop with Agnes Christina! Within 6 days you’ll learn about the process, how to craft the stories, making the costume. The workshop is ended with a performance on 8 April 2017. Space is extremely limited. Email agneschristina87@gmail.com to register. Click here for more information.