Komunitas Salihara presents 2 performances from the 2 batches of acting classes held in the last 3 months. On April 1st, the first class will present Sophocles’ Oedipus in Kolonus as translated by Rendra. And on the next day, the second class will present Pembunuh yang Adil, which is translated from Albert Camus’ Le Juste. Iswadi Pratama, who has been guiding the acting class under Stanivlaski method, directs both plays. To watch the performance register at daftar@salihara.org at the latest by 31 March 2017. For more information, click here. 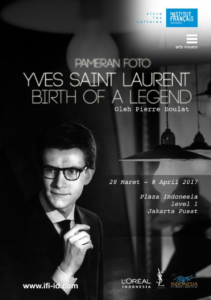 This photo exhibition is a rare treat for fashion and photography lovers. Not many people had the chance of photographing the great fashion designer Yves Saint Laurent when he started his debut with Dior. Pierre Boulat is one of the rare few who documented Yves Saint Laurent’s work in 1962 as he and his partner, Pierre Berge, prepared the first collection of the fashion house. Witness the emotions and excitement of this fashion great through the lens of Pierre Boulat. Exhibition is held at Plaza Indonesia Level 1. For more information, click here. 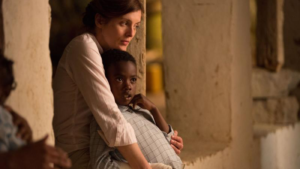 A French film to chase away your Monday blues. The White Knight is a story of Jacques Arnault, director of a non-profit organization, as he helped to evacuate 300 children from a civil war in Africa. For more information, click here. 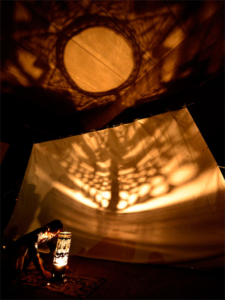 Koheisai Kawamura is a musician, painter, and contemporary wayang (shadow puppet) performer from Japan. Koheisai creates his own puppets and masks. His puppets are known as Shadow Performers. Koheisai, who studied arts in Bali in 1999, is known for his beautiful lighting technique and his unique full-body movements behind the screen, in addition to his puppetry. Koheisai will give a puppetry and lighting workshop at 5 – 6 PM on the 30th of March and will perform his puppetry at 7:30 PM on the same night. For more information, click here. 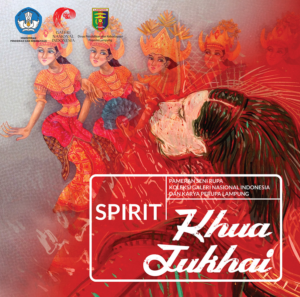 A rare treat for art lovers outside Jakarta and Java! The Indonesian National Gallery holds a traveling exhibition each year to share its collections with people in different provinces in Indonesia. This year, the Gallery is bringing its works to the province of Lampung. The word “Khua” in the Lampung language means 2. And the word “Jukhai” in the Lampung language means groups or descendants. The terms “Spirit Khua Jukhai” refers to the mixing of cultures of the local people and the people who came from the outside. This exhibition presents 40 works. 15 of them are from the Gallery’s collection while the other 25 works are created by artists from Lampung. These works explores the theme of identity in the merging of different cultures. For more information, click here. 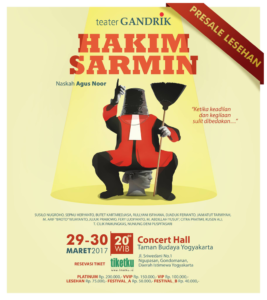 Formed in 1982, Teater Gandrik is one of the well-known theater groups in Yogyakarta. Teater Gandrik makes social commentary of life in Indonesia through the point of view of the simple Javanese people. Its style uses jokes and comedy to gently critique the society. This year, the theater is back to present Hakim Sarmin, a play written by Agus Noor. Tickets to Hakim Sarmin can be purchased through Tiketku.