In the continuation of our popular 10 Things You Should Know series, researcher Rosemainy Buang shares interesting facts about Gamelan as practised in Singapore and the region. This series on Malay cultural forms is commissioned by Wisma Geylang Serai.

10 Things You Should Know is a series of short animated videos on aspects of Malay culture and heritage, made in partnership with Wisma Geylang Serai.

In the third video of this series, we share 10 things you should know about Gamelan, a type of instrumental ensemble music originating from Indonesia. The video features research by Rosemainy Buang, illustrations by Joy Ho and animation by Jawn.

The accompanying text below, prepared by Rosemainy, includes more facts for an in-depth look at the form.

1. Gamelan is a type of instrumental ensemble music that originates from Indonesia. While there are different variations of the artform throughout the archipelago, the Javanese and Balinese gamelan are the best preserved and most popular.

2. Gamelan comes from the Javanese word ‘gamel’, which means ‘to strike’ = Most of the instruments in the ensemble are percussion instruments – such as metallophones (instruments comprising bronze bars of different pitches) and gongs.

3. The punctuation instruments mark the structure of the music.

The big gong or Gong Ageng is considered the most important instrument in gamelan.

Another important instrument in the ensemble is the Kendang (also known as gendang), a two-faced skin drum struck with the hands. The Kendang drives the rhythm and leads the ensemble into the different structures and time in the music.

Other percussive instruments include:
The Gong, Suwuk and Kempuls, which are suspended on strings vertically. The Kenongs and Kethuk/Kempyang, which are rested on racks.

Melodic instruments which involve the use of a mallet include:
Bonang (gong pots rested on racks), the Gambang (xylophone-like instrument made of wood), and other various metallophones (e.g. Saron instruments, Slenthem and Gender).

5. The voice is also an instrument in Gamelan. It usually ornaments the skeletal melody, and becomes part of the orchestral texture, sustaining through the air. The female vocal is known as Pesindhen, and male choir vocal as Gerongan.

6. Although the majority of the Gamelan instruments are made of bronze, there are other instruments in the ensemble that are made of bamboo, wood, leather (from buffalo’s skin), and strings.

Did you know? The instrument known as the Peking uses the tip of a buffalo’s horn as a mallet. This allows the sound of the Peking to penetrate through the ensemble.

8. The bronze instruments are tuned by hand by a master tuner who uses his ear and heart to give each its own character. This is why Gamelan has a unique and mystical sound. And no two Gamelans are tuned precisely alike.

9. Gamelan music takes a cyclical form (with repeated melodies), unlike western music which usually goes in a straight line. Each cycle is marked by a stroke of the Gong Ageng.

10. While Gamelan is usually taught aurally, a cipher notation system known as “kepatihan” has been created over the years, which helps make learning the form more accessible.

11. In a traditional context, Gamelan is considered sacred. Practitioners will never step over an instrument or play music with their shoes on. Incense and flowers are often offered before each performance.

12. Gamelan music is performed for entertainment and in wayang kulit performances, as well as at social and religious ceremonies.

13. Today, Gamelan is actively practised and performed globally. In Singapore, Gamelan is performed at weddings and music festivals. Gamelan can be played traditionally, or be fused with other instruments to produce a contemporary sound.

Did you know? Gamelan has been played in outer space. A recording of Ketawang Puspawarna, recorded by the court Gamelan Paku Alaman, Yogyakarta, was included on the Voyager Golden Record, and sent on the Voyager 1 spacecraft to outer space as a representative of the sounds of life and culture on Earth.

10 Things You Should Know is the first of a series of videos on Malay culture and heritage, created by ArtsEquator and commissioned by Wisma Geylang Serai. It is a continuation of an earlier series by ArtsEquator, featuring Dikir Barat, Nanyin and Kavadi Attam, which you can check out here.

The videos in this series are sponsored by Wisma Geylang Serai. The money earned from paid advertising goes towards covering ArtsEquator’s running costs and paying our writers and content creators. We have a strict policy regarding which content which can and cannot be sponsored. To read more about our editorial policy, please go here. 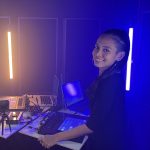 Rosemainy Buang is a gamelan musician, composer and educator. Having been trained in gamelan for the past 10 years, Rose looks forward to expanding her practice through creating and collaborating with other practitioners of different art forms. Fuelled by a philosophy in gamelan, where the relationship between musician and music trumps technical ability, Rose aspires to ascend towards rasa, the highest form of aesthetics in karawitan.