When I signed up for The Class Room, a participatory theatre piece created and facilitated by veteran theatre practitioners Li Xie, Kok Heng Leun and Jean Ng, I was expecting a thought-provoking experience, with meaningful exchanges with people from different walks of life about issues of poverty. I had seen a recording of The Lesson by Drama Box, which was a precursor of sorts to this piece. I did not expect to leave feeling so viscerally disturbed.

The piece sought to explore the conditions, challenges and support required by those living in poverty. Each audience member was assigned the role of ‘social worker’, with case file and lanyard to boot, and clients from 300 families. We also chose which demographic we wanted to represent – single parents, teenagers, or elderly. I chose the single parent group.

At the heart of our task was the implementation of A Better Life, a new scheme that would give our clients S$800 monthly and full-time employment. But there were four rigid conditions to meet – no pregnancy, no new debts, no crime and no suicide. Any conditions not met would mean immediate removal from the scheme, and repayment of the money. We could choose to either remove one condition or revamp the entire scheme with improved conditions, the latter of which would cause delays in implementation due to added bureaucracy. The magic number for either solution to be implemented was a seemingly arbitrary figure of 80% of the votes. Otherwise, the scheme would go ahead.

Our initial group of 56 splintered further – with those who wanted to work on a revamped scheme breaking away to form a separate group, and the rest of us debating on which condition to remove.

That was when things started to get heated. Emotions flew high as people passionately spoke up about what they thought would be best. Some people on my team were of the opinion that “No Suicide” should be removed, explaining that it puts mental health sufferers at a disadvantage. But when we voted, a majority of us disagreed, including me. I had felt that we should remove “No New Debts” because that would worsen the families’ financial problems further. And yet somehow, the team still decided to present our case for the removal of “No Suicide” to the Class, with caveats for the rest of the conditions. I was not sure where to place myself. The other two teams also chose “No New Debts” for similar reasons to mine.

Team Revamp presented their plans to the Class, which included “transformations” of the four existing conditions, a needs-based analysis with the clients, and workshops to equip them with knowledge and skills to better manage their situation. Their spokesperson was articulate, vocal and  charismatic, and she answered questions helpfully. We were given time to discuss, some taking turns on the microphone to express their concerns and respond to one another. Most of us were nodding in appreciation that this plan might work.

Our facilitators then reminded us that moving ahead with the revamp meant we would have to be ready to tell our clients that they would have to wait longer to receive help. I was not ready to do that; if my client was in dire need, I would not have the heart to tell them of the delay in the scheme’s implementation.

Someone said: “How can we just delay the scheme if our clients need help urgently?”

We took a vote. The revamped scheme did not get a vote of confidence. There were smatterings of murmurs around the room. I could sense the disappointment from the presenting team. They had worked hard coming up with new ideas, and we had rejected their plan. And now we had to vote on which one condition to remove. As Team Revamp returned to their seats, their charismatic spokesperson took off her lanyard and left it on stage, saying loudly, “I resign. I won’t continue on the decision. My conscience is clear.”

No one responded, and we continued to prepare to vote. But in a sudden turnaround, she asked if she could regain her vote. Someone from across the room retorts, “No, you cannot. You already gave that up when you chose to resign!”

The facilitators observed as this tussle erupted, probably because they never had someone resign, much less ask to come back to vote. What made her change her mind? Did she still feel a responsibility to exercise her vote, amidst her disappointment from having her ideas shut down just minutes before?

We voted. “No New Debts” had the most votes, but did not manage to hit 80%. We had failed. There was a moment of sheer upset and shock. There were also 10 missing votes. Why didn’t they vote? We could have done something.

What struck me was how vocal we can be about a cause while being completely deaf to other points of view. An audience member, fighting back tears, was upset by the lack of consensus among the Class. She lamented that we had the opportunity to make an immediate change in someone’s life, but we chose to decide based on what mattered to us. We chose to listen to ourselves, and failed to serve the people who did not have the choices we had.

I was also disappointed because in my eyes, the 10 who abstained were like the people in our society who prioritised their feelings and conscience over those who need the help. Perhaps it was unfair of me, but I was angry after having just read the numerous responses from members of the majority to the now-infamous brownface incident in Singapore and the subsequent rap video by Preeti and Subhas Nair. Here, I found myself in the company of people who, having been given the ability to make positive change, chose to remain silent. To me, choosing to abstain from a democratic exercise was actually an act of privilege. I was disappointed in all of them. Then again, what were their real reasons for abstaining?

Except the facilitators, the set in The Class Room had been bodiless. Perhaps what we needed was to see people that represented our clients, for us to be better able to empathise with them. This could have guided us into making better decisions. But maybe that was the point of the exercise: invisibility. With just the facilitators to guide us, that exercise in empathy took on a different form, making us choose what we thought would be good for our clients, without access to their true experience. How much did we really want to try to make a difference, how much did we really want to listen and learn about their lives?

It had been an emotionally draining few days, thinking and talking about the brownface saga, having to convince friends of the validity of my feelings as a racial minority. I had felt completely let down. I felt helpless. The exhaustion I experienced as a minority in Singapore paralleled that invisible pain of our absent, voiceless clients, living in poverty. I asked myself: who can I turn to for support? Who are my allies? And do they have the power to effect some kind of change? Yet, The Class Room had also given me the simulation of power, choice and privilege. I was also disappointed in myself. Could I have done more? How could I have made this happen, when all I needed to do was raise my hand, and speak into the microphone?

I was disturbed by my experience at The Class Room. That night, I recalled the final words from the facilitators. Hope. Even though we failed to make an impact, we were close to doing so.

When leaving the house the next morning, I saw a curious father and son pair carrying big bags of food packets, going door-to-door and offering food to residents. I overheard someone asking them in Mandarin, “Are you from the church?”

“No, we are just doing this ourselves. How many packets would you like?”

Perhaps hope isn’t too far-fetched of an idea. Perhaps amidst all of the frustration around recent events, there is hope that we are getting closer and closer towards a society that empathises. A society that listens. The Class Room was a simulation, a rehearsal. But the real test is in life. Will we make the right choices? I sure hope so.

The Class Room is a participatory theatre experience presented by M1 Peer Pleasure Youth Theatre Festival. It ran from 1-3 Aug 2019 at the Esplanade Annexe Studio. This review is based on the 7.30pm show on 1 Aug. 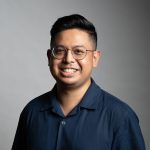 Adeeb is a theatre maker based in Singapore. He is Artistic Director of The Second Breakfast Company, and a member of Adeeb & Shai and Impromptu Meetings. He has directed works under various companies such as Bhumi Collective, Toy Factory Productions, the Arts House, the M1 Singapore Fringe Festival, Gateway Theatre and the above mentioned. He is a co-organiser of STRIKE! Digital Festival and co-founder of In the Round, a network of early career theatre directors in Singapore. Adeeb also works as a drama educator, having worked across various secondary schools, junior colleges and polytechnics.