In Pissed Julie, the magic number is three. The play begins with a row of three chairs, dwarfed by a succession of three enormous three-sided wooden frames. The actors emerge from the darkness and dance to a waltz in triple metre. And, in this bold adaptation of August Strindberg’s three-character play Miss Julie, we see not one, not two, but three copies of each character. And that makes for a play with three times the complexity.

Miss Julie is a one-act play about a girl from a wealthy aristocratic family, Julie, illicitly falling for her father’s servant, Jean, who is in turn engaged to the house cook, Christine. The former pair’s whirlwind romance transpires and expires in the course of one evening and morning.

Strindberg had written Miss Julie in 1888 partly in protest against the unrealistic, one-dimensional characters plaguing European theatre at the time. In the preface to the play, Strindberg writes that his “modern” characters would have a “multiplicity of motives”, declaring that Miss Julie would be “more split and vacillating”. In Pissed Julie, director Nelson Chia seems to have taken the Swedish playwright’s intentions to heart by multiplying each character by three, a numerical motif in Miss Julie.

The three sets of three characters make the distinguishing feature of this adaptation. What would have been a straightforward conversation between two characters – which constitutes the bulk of Miss Julie – becomes a six-way ping-pong of lines and movement among the ensemble. Each triumvirate never speaks in unison. Each copy of a character is also played slightly differently by each actor. For example, Mia Chee’s Julie borders on hysterics, Jean Toh’s Julie seems more controlled and manipulative, and Kate Leong’s Julie is fiery. Chia jokes in the programme notes that with three versions of each character, “there can be 27 versions of Pissed Julie”.

Chia’s use of triplicates opens Strindberg’s linear narrative to multiple potentialities, but this mechanic proves most effective only at the end, when – in a departure from the original text – one Julie (Toh) picks up her suitcase and exits, leaving her two counterparts behind.

More notably, the triplicate characters are a physical manifestation of multiple selves, literally demonstrating that we are different people at different times, depending on who we are interacting with and what our motives are. Julie, for example, presents herself in a myriad of ways to the other two characters within this 90-minute play, from spoilt, rich party girl to vixen, from conspirator to victim.

Multiple selves also hint at the ideas of truth and deception. When are we our genuine selves, if that is at all possible? In Pissed Julie, Chia seems to have identified moments of genuine connection between the characters, illustrating these instances by having only one pair of bodies onstage. The copies only sidle onstage when the connection is thrown into doubt. For example, one Julie (Chee) and one Jean (Hang Qian Chou) conspire to run away and build a new life together elsewhere in a conversation based on trust and hope. Their counterparts slink in silently from the wings when Julie discovers Jean had pilfered from her father’s wine cellar.

I am reminded of the work of German sociologist Georg Simmel on dyads (groups of two) and triads (groups of three). A dyad is inherently fragile because both parties have to be equally invested in sustaining the relationship. The introduction of a third person, then, easily upsets the dynamics of the dyad. What was private now is public, even if the third party doesn’t utter a word. This is the effect of the triplicates, who although may not participate in the dialogue, are still a physical presence onstage. In a scene where one Julie (Toh) is helping one Jean (Leong Fan Kai) remove a speck of dirt from his eye, the sexual tension is palpable, only to be shattered when the other Julies and Jeans join them onstage.

Additionally, Christine, who is in a relationship with Jean herself, is the unseen third person in Julie and Jean’s relationship. Despite spending much of the play asleep offstage, she crops up in their conversations and threatens the illicit pair’s relationship. In Pissed Julie, the three Christines often appear behind translucent screens, like spectres haunting the Julie-Jean relationship, and a threefold visual reminder of the tenuous connection.

As if the triplication experiment isn’t complex enough, Chia introduces another departure in his adaptation through language. A collaboration between Singapore’s Nine Years Theatre and the Macau Arts Festival 2018, the nine Singaporean and Macanese actors perform in Mandarin and Cantonese respectively, with overhead surtitles in Mandarin and English. Are these languages an allusion to native languages and mother tongues in Macau and Singapore? Do they hint at the postcolonial pasts of the two cities with English bridging the two Chinese languages? Or perhaps the language choice had a more pragmatic basis with a dual-city cast performing in two multicultural locations. (Just a week before the Singapore run, Pissed Julie had played in the Dom Pedro V Theatre in Macau.)

Also not entirely clear is the commentary on gender in Chia’s adaptation. Strindberg’s original text deftly deals with the disadvantages of being a woman vis-a-vis a man despite her social class in the characters of Julie and Jean. In Pissed Julie, Chia throws another spanner in the works by having one of the three Christines played by male actor Neo Hai Bin. Identically dressed as the other two female Christines, Neo mimics the mannerisms of a woman, but makes no effort to disguise his masculine voice. Neo’s Christine highlights the distinction between gender performance and biological sex.

But Christine ultimately is a minor character with little character development. She is the only character happy to perform her roles as a woman and indentured servant, sharing little of Julie’s desire to escape her gender and class. Strindberg himself calls Christine a mere “sketch”. Any statement made on gender performativity is weak, especially so when eight of the nine actors are playing cisgender roles. I wonder if Neo’s casting was simply a case of the maths not adding up in having four men and five women play one male and two female characters. Neo might have simply drawn the short end of the straw.

Chia’s inclusion of anachronistic elements into this production also seems touch-and-go. The microwave – a symbol of haste and modernity prominently featured in the production’s marketing – falls by the wayside after the opening scene. There’s a switch in setting from Strindberg’s Midsummer Night to the eve of a big car race to denote an atmosphere of hedonism and heightened emotion, but the car race is only referenced towards the end, when a character cites the analogy of a circular, unending racetrack, likely referring to society’s perennial struggles with class and gender. I would have thought the relevance of Strindberg’s 130-year-old text would have been testament enough.

Pissed Julie is clearly Chia taking the piss with Strindberg’s principles of naturalism in theatre. The triplicate characters are a fascinating device which amplifies the exploration of relationships and the self in Miss Julie. The flow of dialogue between the trio of trios is a joy to watch as well, especially when all nine actors are onstage. But the inclusion of one too many peripheral elements in Chia’s adaptation – passing references to language, gender and modernity – only muddles the message.

Perhaps Chia had one too many objectives on his plate – respecting Strindberg’s text, putting his own stamp on it, and ensuring the work suited the cast as well as audiences in Singapore and Macau. The third and last objective might have been the straw that broke the camel’s back, creating additional noise in an already rich and complex adaptation.

Pissed Julie 茱莉小解 was co-produced by Nine Years Theatre and Macau Arts Festival 2018. Directed by Nine Years Theatre’s Artistic Director Nelson Chia, it features a cast of actors from Singapore and Macau. It was first staged at the Macau Arts Festival 2018 from 11 – 12 May at Dom Pedro V Theatre and subsequently in Singapore from 17 – 20 May at KC Arts Centre.

This review is based on the Singapore performance on 18 May 2018, 8pm.

Guest Contributor Daniel Teo is the Research and Documentation Executive at theatre development space Centre 42, where one of his key duties is to document Singapore theatre history through the Centre’s digital archive The Repository. Outside the Centre, he records his audience experiences in theatre on Instagram (#dantheatre2018) and is thrilled to foray into the world of review-writing. 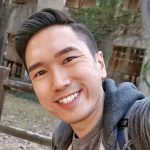