I love plays with Malay women characters. Call it my Malaysian Bumiputera baggage, call it internalised Orientalism – perhaps these are two sides of the same coin – but I have long relished the wit, feistiness, vulnerability and sensuality of Malay women captured in the growing canon of Malaysian and Singaporean plays in English and Malay. Some of my favourites include Alfian Sa’at’s majestic Madu Dua, Haresh Sharma’s politically prescient Gemuk Girls, and several gems by the wonderful Jit Murad (most obviously the female-led Visits, but don’t forget Gold Rain and Hailstones).

Brilliant as they are, these works are all by male playwrights. I’m not suggesting there haven’t been amazing plays by Malay women writers – Zizi Azah Abdul Majid’s lively How Did the Cat Get So Fat? comes to mind, and so does Alin Mosbit’s pioneering Dan Tiga Dara Terbang Ke Bulan – but this theatrical lineage is special, and it is worth expanding. Enter Nabilah Said’s auspicious London debut, Inside Voices.

The play opens with what appears to be a disruption in the space-time continuum. Three women, absorbed in their individual tasks, are suddenly transported into a room. There’s a food trolley wheeled in, laden with rice, mixed veg, and fried chicken. The women – the free-spirited Lily (played by Siti Zuraida), gutsy Nisa (Suhaili Safari), and the maternal, pensive Fatimah (Nur Khairiyah Ramli) – share a meal amid much banter. When she realises that Nisa is not taking any rice, for example, Fatimah admonishes her gently: “Malay girls must eat rice.” What follows is a conversation many Malaysians and Singaporeans would be familiar with – the Dangers of Not Finishing Your Rice, also known as the Cannot Find a Husband drill.

This spirited repartee, however, is interspersed with subtle creepiness. The women look up whenever the lights flash – are the “babies” awake and screaming, they ask?

Who are these women? How do they know each other? Where are they, exactly, and what are they doing there? As the play progresses, we are furnished with intentionally cryptic answers. We get reflections on wearing and taking off the hijab – a visually arresting moment when all three women don black robes and parade around the room. They argue about the virtues of virginity and promiscuity and lament the expectations of marriage and motherhood. There are references to the vampiric pontianak as a metaphor for women who deviate from patriarchal norms.

My favourite was the hilarious enactment of the making of nasi kangkang – a love potion which allows a woman to subdue or punish the object of her (heterosexual, in this case) affections. For unfamiliar readers, this entails feeding the man ensorcelled rice, mixed with the condensate and juices from the woman’s – I’m struggling for technical accuracy here – pudenda. (What did I say about Malay women?)

The action is all the more surreal because it is set in the Pit of the Vaults, an achingly hip arts space in Central London. The Pit is like a brick-and-mortar bomb shelter within an underground matrix of chambers – hence, the Vaults – accessible through a subterranean pedestrian tunnel plastered all over with street art. It is a two-minute walk from the Old Vic Theatre.

Selected as part of the 2019 VAULT Festival, Inside Voices marks Nabilah Said’s professional London debut – a richly deserved achievement. The direction by Zhui Ning Chang was assured; the performances were uniformly excellent; and the lighting, sound and design took full advantage of the quirky space.

Of course, they all had a great script to work from. Nabilah has an ear for dialogue that captures the nuances of Malay humour, successfully rendered in Singaporean English to a London audience, no less. At the same time, she never loses sight of her story’s political complexity. The play is ambitiously and accurately billed as “culturally specific whilst being plugged into larger conversations around Islamophobia, intersectionality and sexual freedom in the wake of the #MeToo movement”.

The scale of the play’s ambition and its cultural distance did make me wonder about its reception in London. It’s hard enough explaining to non-Muslim Brits about what it’s like to be a hybrid, multicultural Muslim from Malaysia. Then I have to explain to my Muslim friends here that Malaysia is not really the modern shari’ah-compliant utopia they think it is. “Have you heard of 1MDB? Moral policing? Detention without trial?” I can only imagine having to explain what it’s like being a Malay, Muslim woman from Singapore.

Granted, it’s become way easier to explain Malaysia since May 2018 and to be proud of it – notwithstanding repeated caveats that we did democratically elect a 92-year-old with a known autocratic track record to be our prime minister again. But this multi-layered background is exactly what raised some concerns for me about the play. For example, was its critique of Islamophobia in Singapore – “we are extremely moderate” – too subtle for a British audience? Especially when the women talk about being Muslim but never really delve into what it actually, personally means to them. And so, while I nodded knowingly at how the three women obsessed about food, sex and clandestine boozing, I wondered what this might have looked like to a British – albeit multicultural – audience.

My concerns are probably unfounded – the VAULT Festival selected the play based on an illustrious track record, including a well-received reading at the Arcola Theatre in 2018 as part of the Global Female Voices programme. And this is exactly what the play achieves – a layered, humane, and open-ended representation of female voices onstage.

I am sticking with my specific loyalty to Malay women, though, especially since I am indebted to so many for mentoring and supporting me throughout my life. My thoughts went in this direction as soon as I walked into the Pit and the sound system started playing our Ratu Rock Ella’s corny-yet-irresistible “Standing in the Eyes of the World”. Yes, the play might have transcended its cultural specificity, but the goosebumps were still all mine.

Written by Nabilah Said, this production of Inside Voices was directed by Zhui Ning Chang and presented by Lazy Native. It ran from 23 to 27 January 2019 at the Pit as part of London’s VAULT Festival. 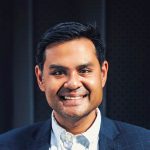 Shanon Shah is a London-based writer and academic. He is currently Senior Deputy Editor of the Muslim Institute's flagship quarterly publication Critical Muslim. He holds a doctorate in the sociology of religion from King's College London and teaches and conducts research on minority religions and alternative spiritualities. He also heads Faith for the Climate, a UK-based interfaith network that focuses on addressing the climate crisis. He was a multiple award-winning singer-songwriter, playwright, and journalist in his native Malaysia.