Django in Pain by Por Piedad Teatro & The Play Company

An event every day that begins at 12:00 am, repeating indefinitely 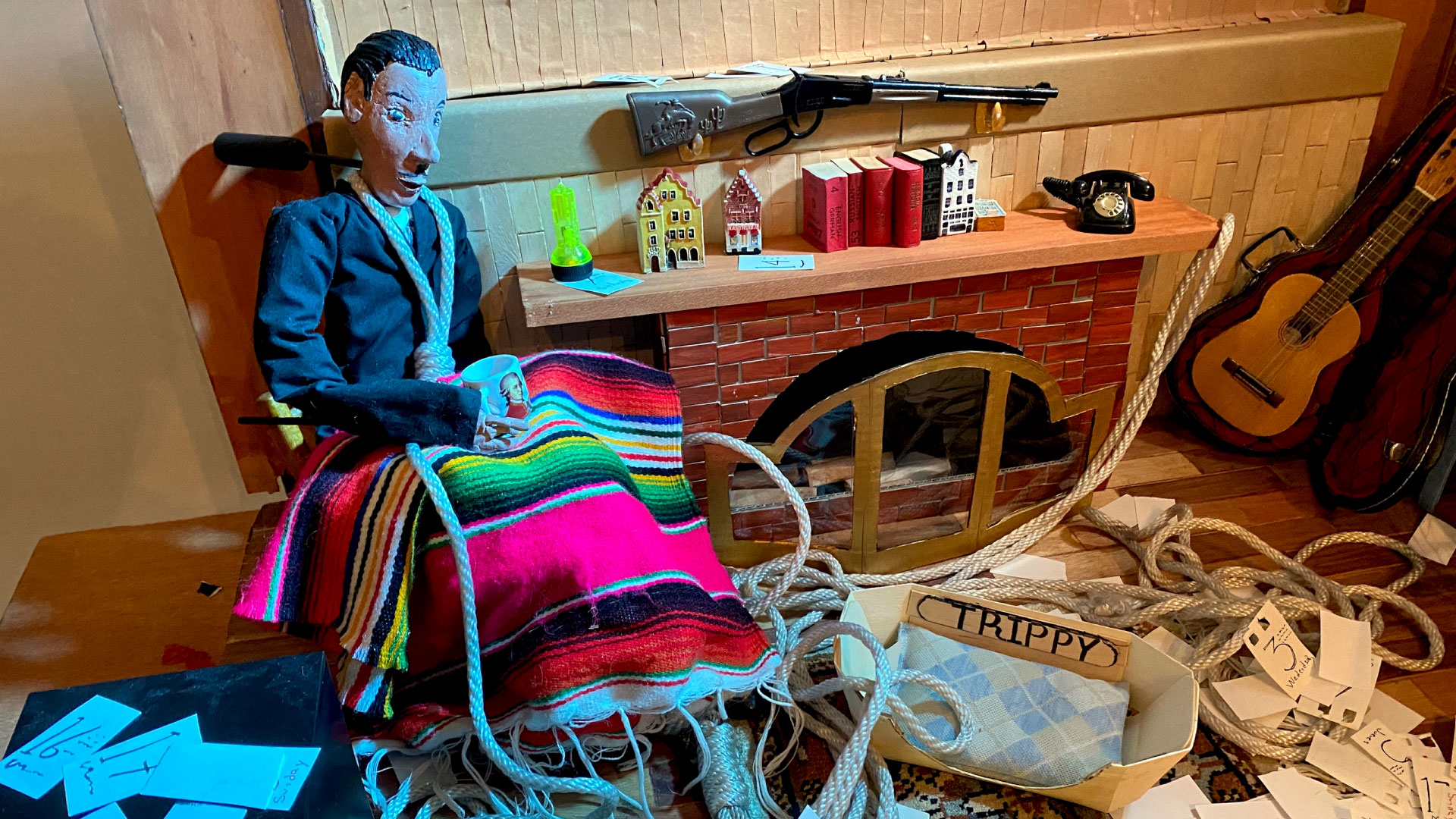 Digital table-top puppet theatre via video on demand
Content advisories: This story is about a character who is dealing with depression and contains strong images and language associated with suicidal thoughts and actions. There are non-photographic depictions of injured animals in distress.

“In a world that seems to give us lots of reasons to give up, Django in Painis a cry of hope”
—Juan Carlos Araujo, Entretenia.com (translated from Spanish)

“A day will come when you might need to kill a wolf; a mad wolf out there, or a wolf inside of you… ”

A playwright wants to write a happy play, but he can’t because his main character is so depressed that he wants to end his life. Hopefully the playwright will find a way to give

Django’s journey a happy ending. Or is it the other way around?

Django in Pain is an astonishing, exquisitely detailed and healing piece about depression, creativity, and love. Made and staged within the isolation of the early days of the pandemic in New York City, it used only hand-made puppets and scrap materials found around their
home and was filmed on a cellphone. This feature-length table-top puppet show chronicles the often-humorous with razor edges of grief misfortunes and adventures of Django—a puppet loosely inspired by Django Reinhardt, and a stray dog that keeps getting in his way.
It is both a deeply personal yet universal, multi-layered tale of despair, loyalty and hope.

Django in Pain premiered in New York City in October 2021 to rave reviews. The Spanish version, Django con la Soga al Cuello has been presented in Mexico and Argentina, where it received more than 6000 views in just three days.