BIRTHDAY OF AN ERA 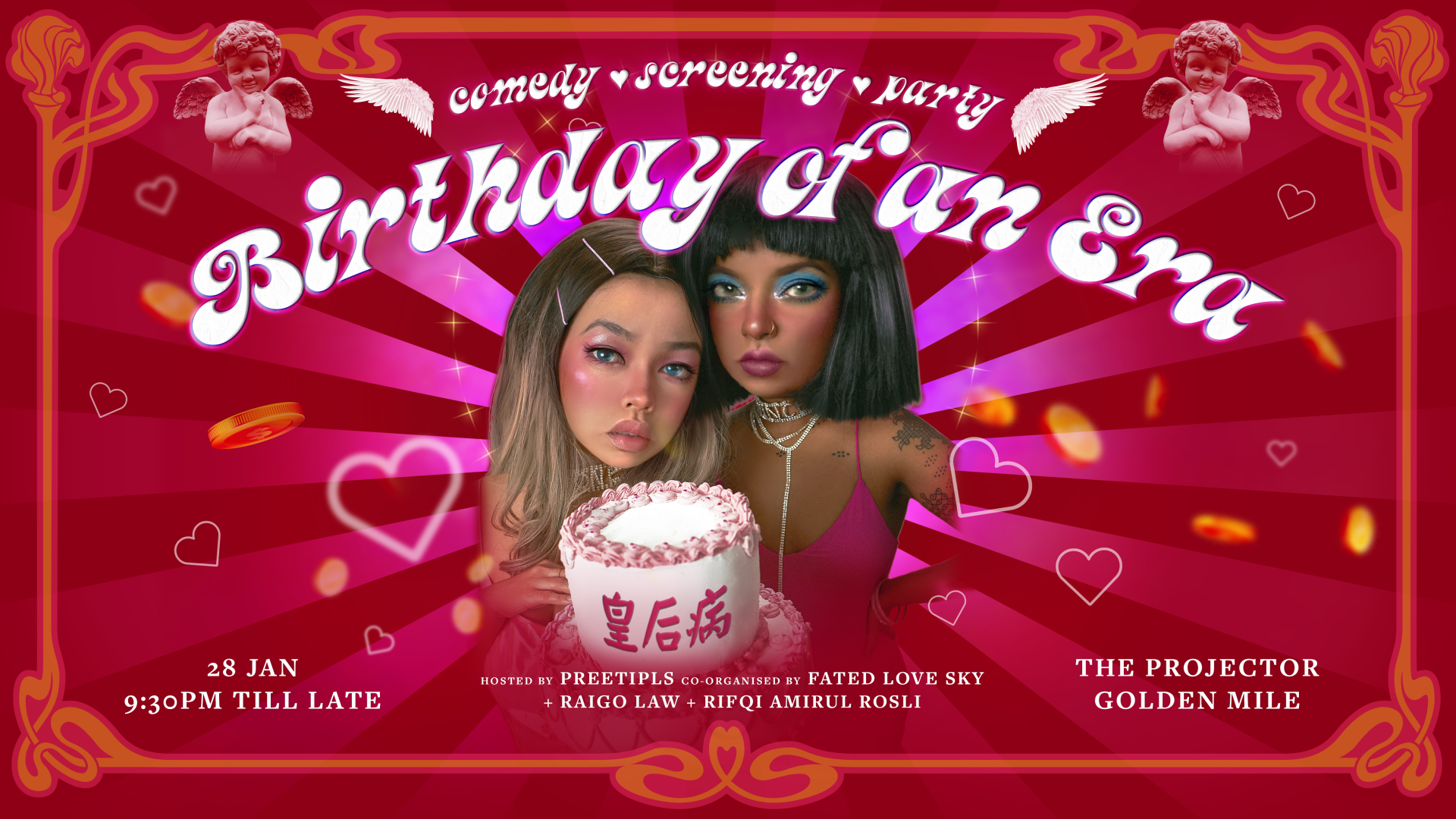 fated love sky presents an all-in-one comedy night, film screening and party at The Projector Golden Mile. Hosted by SG’s TOP comedy queen Preetipls – expect fun, joy, laughter and lots of love. Come watch a parody of performance art. This is your little entry into Singapore’s RuPaul’s Drag Race and America’s Next Top Model. Netflix, you need to sign us up right now.

All characters and dialogues are purely fictitious, based on years of imagination and delusions. Any resemblance to real people and events are coincidental, with the exception of our queen Marina Abramović.

Doors open at 9.15pm. Film screening + comedy begins at 9.30pm. The theatre transitions into a hot camp party with live DJ sets after the film/comedy.

howrøng – his deep dive into underground electronic music began in 2020 when he lived in Berlin. Since moving back to Singapore, he regularly djs for queer collective “Bussytemple”, with the aim of bringing a safe rave space for queer people (especially for the femme and non-binary community) in Singapore. His style can be described as a journey through groovy and hard techno, tribal, queer pop, ghetto, featuring asian and LGBTQIA artists.

soyf§g – the dj moniker of visual artist Aki Hassan. They aim to play anything hard to get your hearts pumping. They appear on Clyde Built Radio bi-monthly, where they play banging tunes & share personal queer trans encounters in their life. They are a resident DJ and co-organiser in Bussy Temple, a queer party collective based in Singapore.

༄ XAETHERX ̀͛༄ (they/them) – @kanshhhhh ‘s DJ alter-ego – a shape-shifter. They are a multidisciplinary non-binary artist. Their sound encapsulates eclectic waves of sonic aesthetic that leads you through a journey. For Fated Love Sky, they will be incorporating the dramatique, the queer culture, the desi beats for this specially curated kunty set. They also run a multidiscplinary art platform @0rb__it