Unpacking Southeast Asian heritage at The Lost and The Remained exhibition 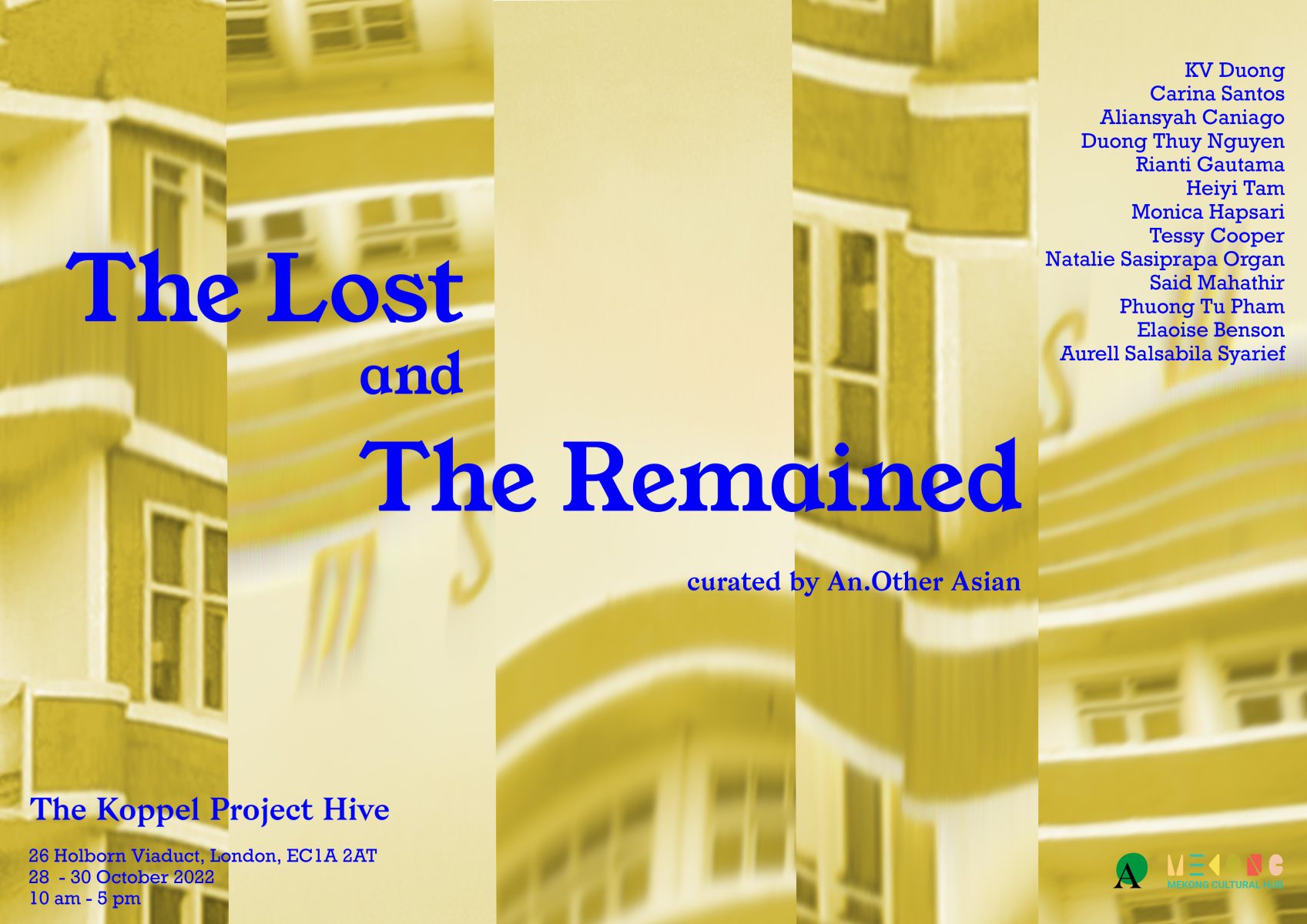 Southeast Asian artist collective An.other Asian will launch The Lost and The Remained in October, exploring the rich diversity of Southeast Asian cultures to bring new perspectives to Koppel Project Hive in London.

Following the success of their first exhibition in April, An.other Asian will work with 13 artists from Southeast Asian backgrounds to encourage a greater understanding of the region, unpacking the link between culture and physical objects.

The Lost and The Remained will showcase illustrations, films, installations, and performances and will culminate with artist talks and workshops.

The exhibition will take place 27th – 30th October at The Koppel Project Hive on 26 Holborn Viaduct, London, with a private opening night held on the 27th of October from 6 pm – 9 pm. Complimentary tickets can be found here.

Haxhijakupi, Communications Manager of the Koppel Project, said: “ We are excited to host this exhibition and to collaborate with An.Other Asian collective and the selected artists. The Hive is a hotspot for emerging talent and The Koppel Project’s longest running site housing some of our most exciting community members.”

Notes to the editor

An.Other Asian is an artist-led collective founded by artists from various Southeast Asian countries living, studying, and working in London.

Seeing the lack of safe spaces for Southeast Asian artists to foster and present ideas within London, as it is in this context that AOA is born and in which its impact will come to be understood. Knowledge exchange, connection and highlighting Southeast Asia art and culture are key to exploring how and where our collective might consolidate some of these opportunistic, transients of creativity to shape the future of our cultural sector in a more profound way.

The Lost and The Remained is funded by Mekong Cultural Hub as a part of their Meeting Point 2022, and supported by The Koppel Project.