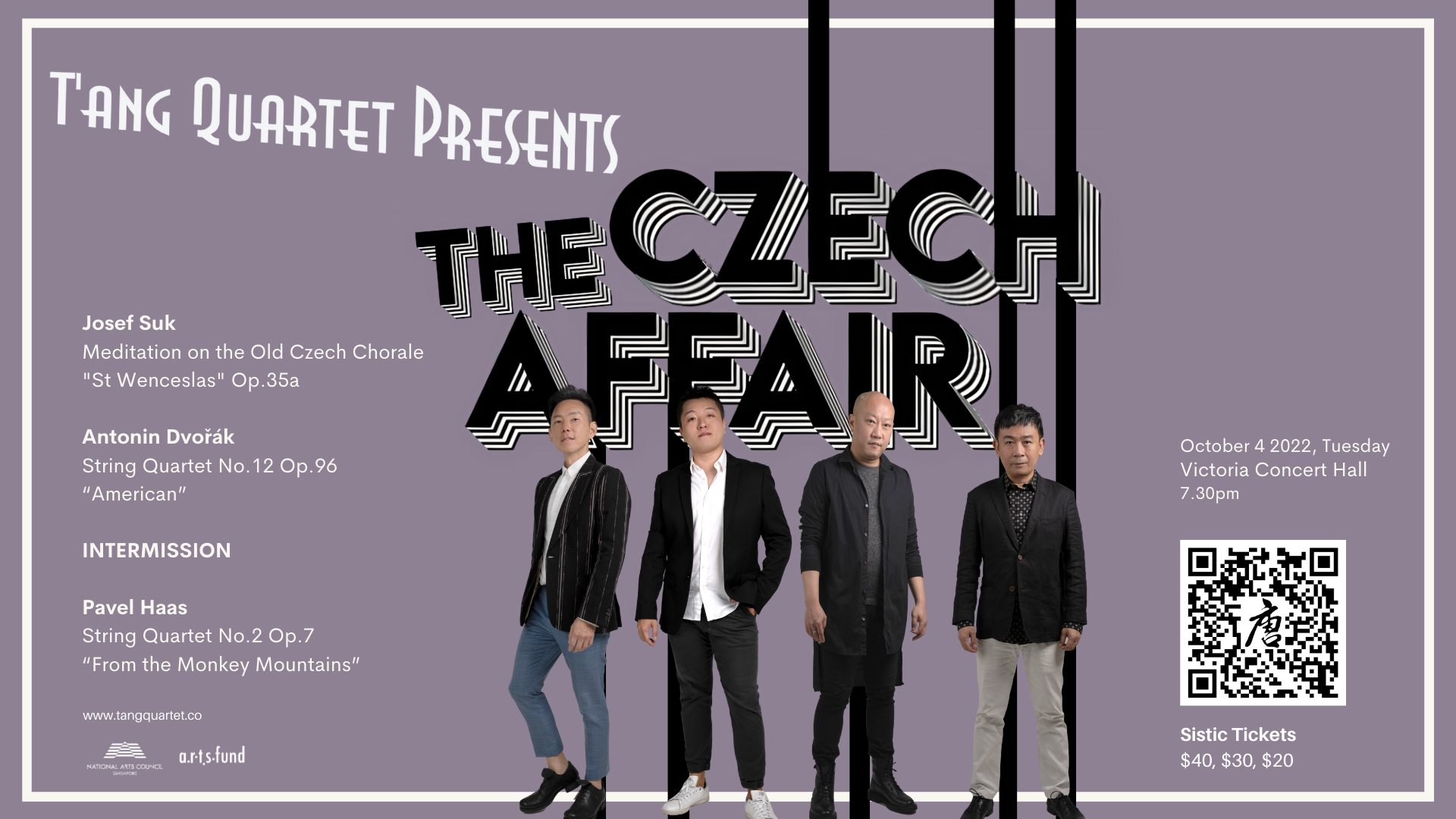 3 Masterpieces by 3 Czech Composers in One Show

The evening begins with Suk’s nationalistic Czech piece, Meditation on the Old Czech Chorale “Saint Wenceslas” Op.35a. Suk, who studied under Dvorak, is the turn-of-the-century composer, and one of the leading composers in Czech Modernism. Stunning, contemplative as well as emotional and nostalgic, the four-part polyphonic work was written in 1914 in World War I in a time when the Czechs hoped to gain independence from the Austrian Empire, of which they were part of. The composer wanted to ignite the Czech nationalist movement, while the old Bohemian chorale on which it was based on honours Svatý Vaclav (St. Wenceslas), the patron Saint of Bohemia.

The second piece, The String Quartet in F Major, Op.96 “American”, by composer Antonin Dvořák is a well-loved one. This work is very much idiomatic of his Czech roots but he combined the best of Czech folk tunes with New World spirituals and drum rhythms. It’s one of the most popular works in the string quartet repertory. Dvořák’s ‘American’ and Haas’ quartets are also featured on T’ang’s critically-acclaimed albums The Art of War and Made in America albums.

Post intermission, the Quartet turns their attention to the third piece – Pavel Haas String Quartet No. 2 “From the Monkey Mountains”. This piece was chosen in our programme as it is considered to be one of Haas’ first high points of his oeuvre. The Czech-Jewish composer, who was greatly influenced by his teacher Leo Janácek, combined the neo-classicist techniques of Igor Stravinsky with a very personal adaptation of jazz elements as well as the melodic and harmonic features Czech folk music and Jewish synagogue music.