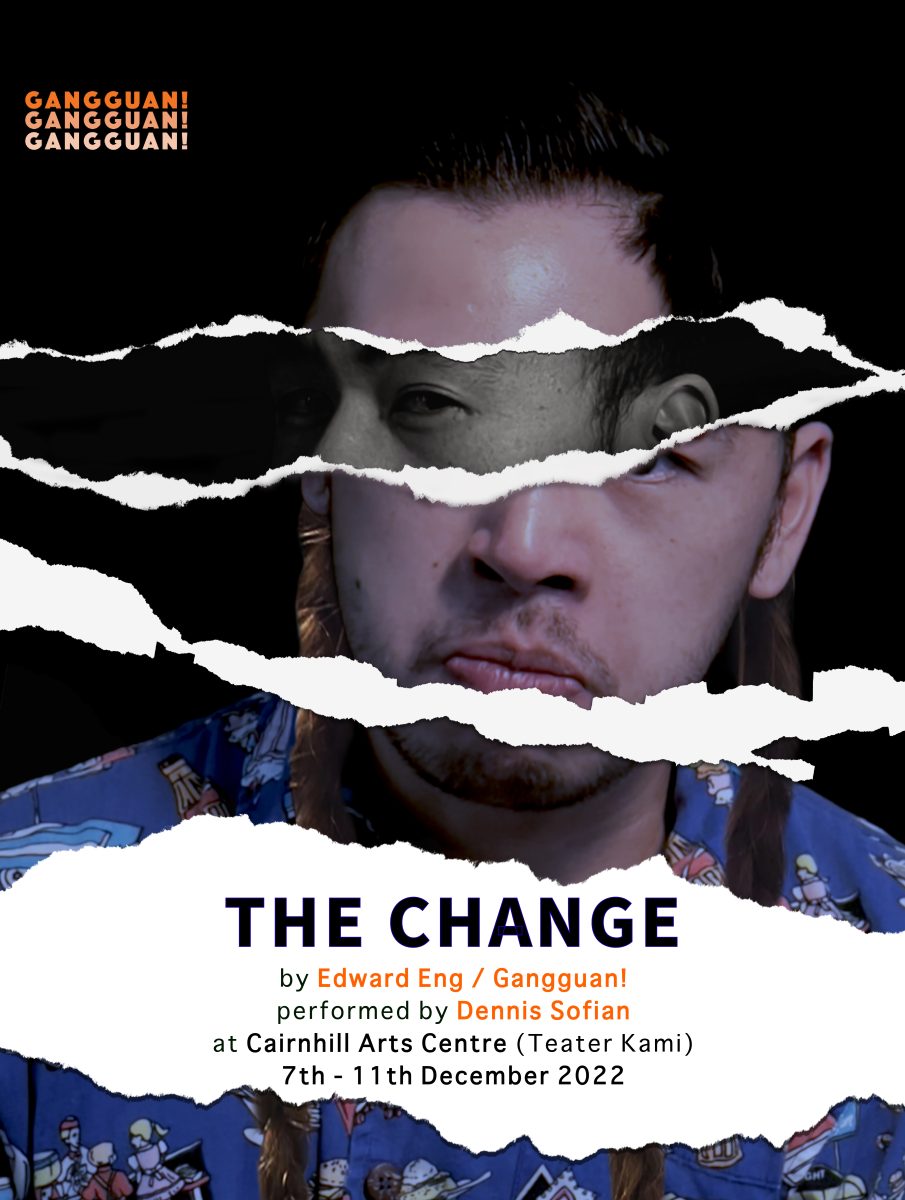 A common refrain in Singapore is that we contribute just 0.1% of world carbon emissions. Hence, we aren’t to blame and can’t make a difference anyway. But as a facilitator of global trade (Singapore has the world’s 3rd highest trade-to-GDP ratio), decisions made here cause real damages that remain invisible and uncounted.

The other question is what damage are we causing ourselves when we look away? And what new cognitive dissonances do we feel when we have no power to stop ourselves from causing harm?

With a bit of caustic humour, The Change starts with the stories of two friends. Alex is a bureaucrat who, against the best wishes of his colleagues and constant failure, continues trying his best to effect change. Danial, his old friend from school, spends his days ironing children’s clothes and his nights dabbling in socially-conscious theatre – they begin collaborating on a new piece of climate change communication.

“To be fair to the Taliban, it’s not like they’re jetting around the world in private jets like most celebrities. Maybe they just need to rebrand as eco-warriors.”