Pulau Ujong / Island at the End 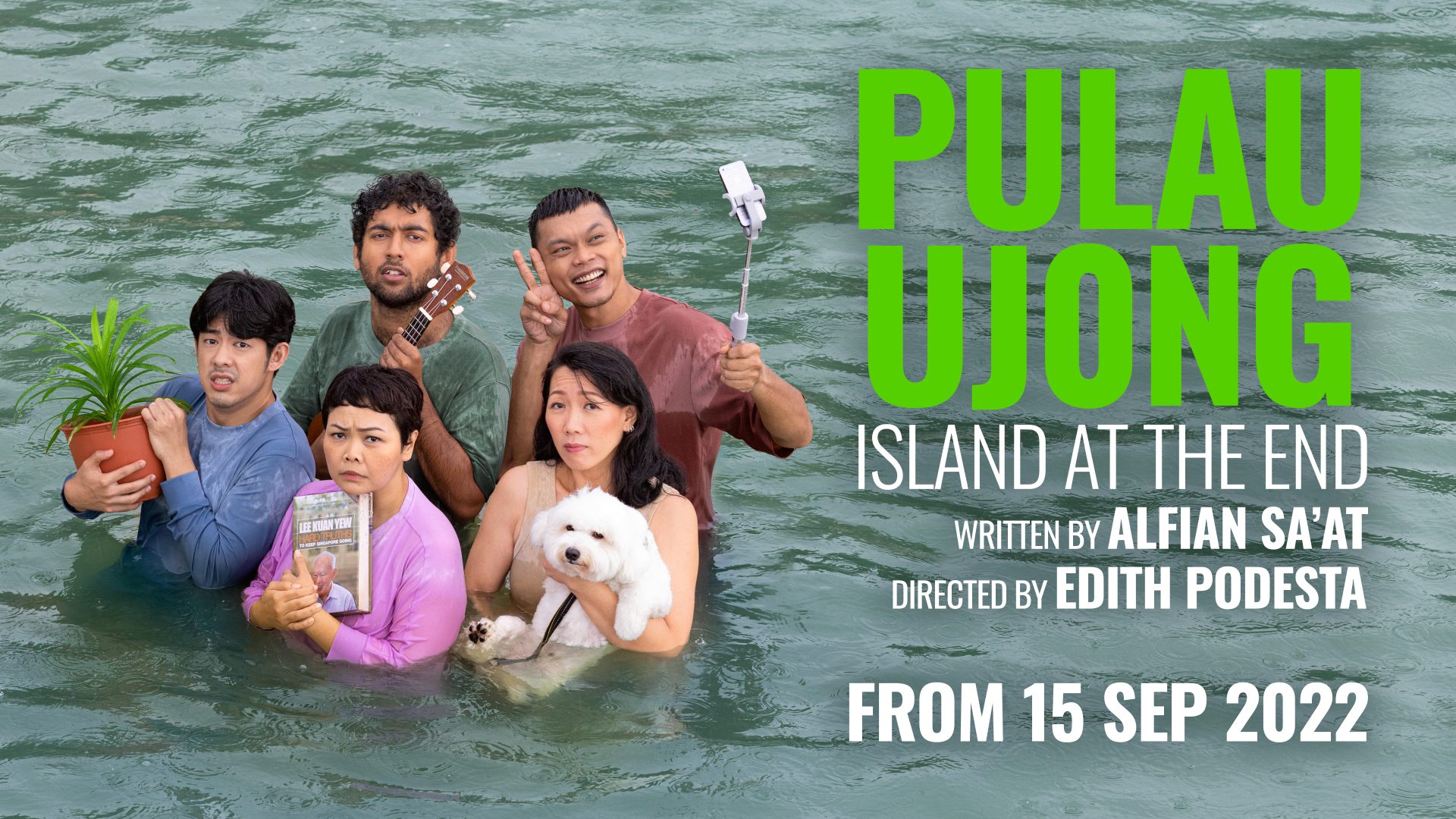 Pulau Ujong, or “Island at the End”, is one of the oldest recorded names for Singapore. But what was it like at the beginning, before humans started transforming the landscape? What lifeforms once filled its rainforests and rivers, and which ones are now extinct? With temperatures soaring twice as fast as the rest of the world, what will this island’s future look like?

Written with heartfelt insight by award-winning playwright Alfian Sa’at, Pulau Ujong is a riveting piece of documentary theatre featuring interviews with climate scientists, botanists, zoologists, environmental historians and activists. Their words, wishes and worries for the world take centre stage alongside the more-than-human voices we all need to hear – from zoo mascot Ah Meng to Singapore’s last tiger.

Brought to thrilling, kaleidoscopic heights by director Edith Podesta and a brilliant ensemble cast, Pulau Ujong is both an elegy and a cry of hope. At a time when we can no longer afford to turn a blind eye to climate change as it ravages the entire planet, Pulau Ujong invites audiences to re-acquaint themselves with the miracles and mysteries of the natural world.