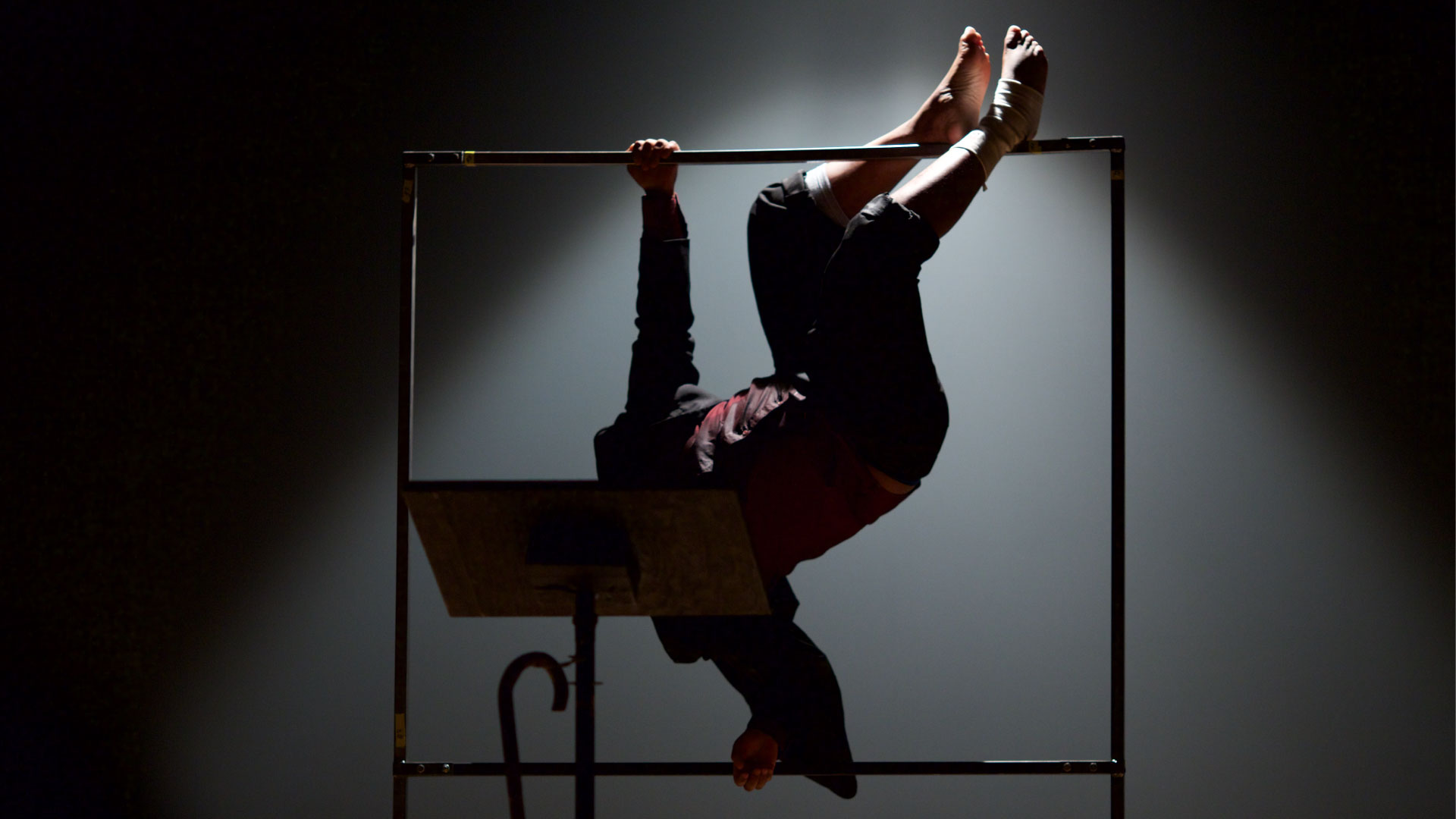 “The fact that it’s actually more relevant today than when it was written 100 years ago suggests that the world we currently live in has some serious problems.”
—Heather Taylor Johnson, InDaily

“The audience is left both dumbfounded and in awe at the end of this hour of theatre. It has been a mighty trip into a hideous hypothetical. It has been a display of masterful acting, it has been a graphic lesson in humanity and an unforgettable experience.”
—Samela Harris, The Barefoot Review

An adaptation of Franz Kafka’s A Report to an Academy, Kafka’s Ape is a solo performance about a primate’s struggle to overcome the confines of captivity. The hard-hitting play presents a metaphorical view on South African society, highlighting the complexities of identity in post-apartheid South Africa as well as in the human race.

An ape named Red Peter is captured. In his quest to break out of his confinement, he learns to imitate humanity and contests identity based on outward appearance. Through his journey, Kafka’s Ape questions the understanding of otherness.