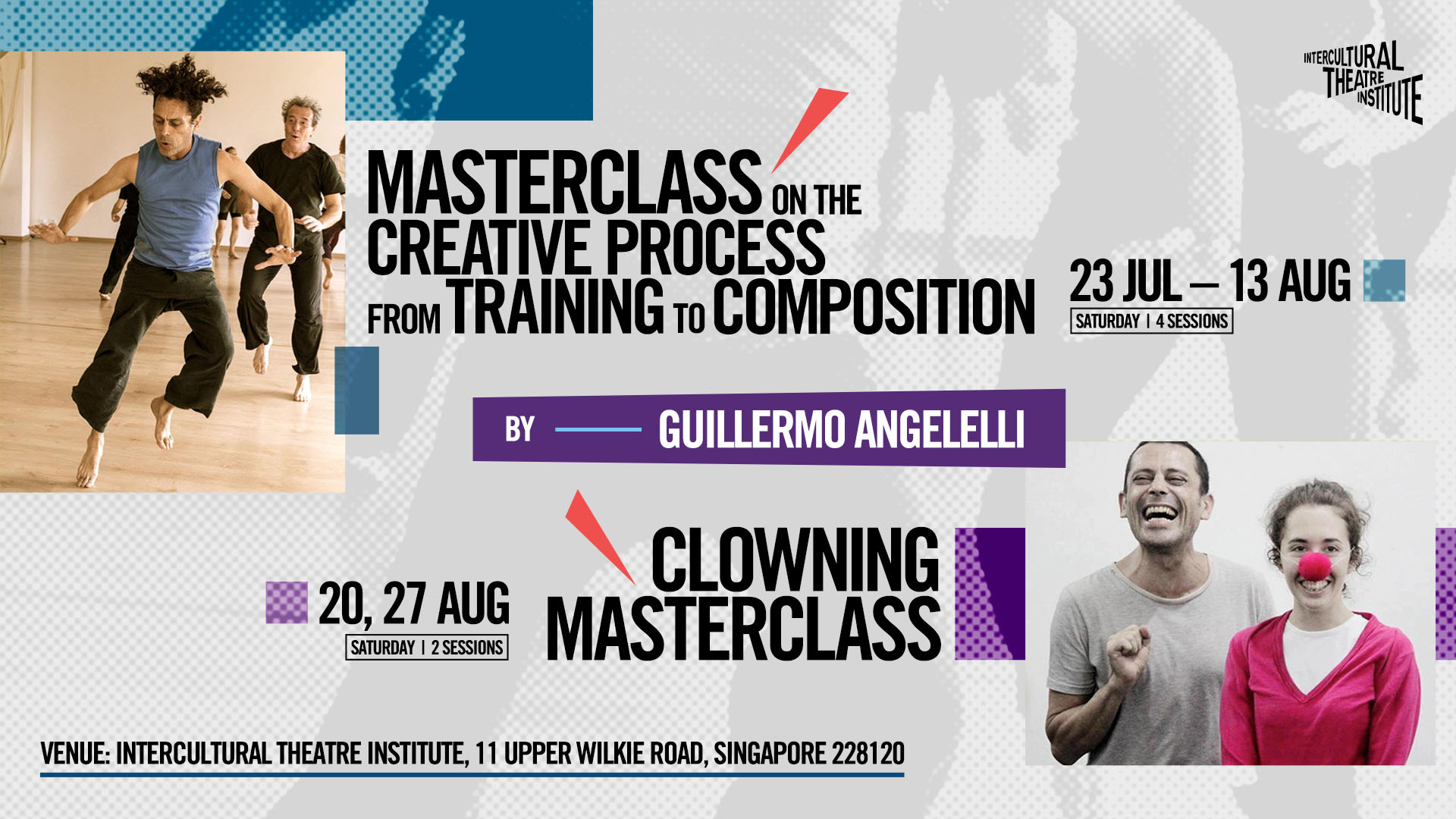 This July to August, enhance your skills with masterclasses on theatre and clowning, led by ITI faculty member, actor and director Guillermo Angelelli!

Masterclass on the Creative Process from Training to Composition

For professional artists and those training in theatre, circus, dance, singing and performers in general.

The Scribble
Physical training on three movement circuits, application of basic principles of theatrical anthropology for the discovery and development of the implicit actions in the doodling, as well as composition of sequences.

The Five Resonators
Basic tips for the development of vocal training based on five body resonators and the action of saying.

The Marriage Between Word and Action
Organisation of a structure through listening and adaptation of various systems of meaning (including a score of actions and text).

Creation and Exhibition
How to be present.

This intensive two-day workshop will train performers on awareness, presence and complicity.

Beyond a character, the clown can be defined as a kind of spirit; a quality of energy that arises from the joy of celebrating the uniqueness of each moment with others.

This masterclass offers a repertoire of games and exercises played in complicity with the audience, to test and train your ability to communicate using the most sensitive, true, passionate, stripped, ridiculous and funny parts of your personality.

“In clowning, what transcends is not what is said; there is something behind that, which is the goal of training: to find that transparent body to connect with a type of presence which is already eloquent in itself.” – Guillermo Angelelli

Guillermo Angelelli is a faculty member of Intercultural Theatre Institute. An actor, director and teacher from Argentina, he studied drama at the National School of Dramatic Arts in Buenos Aires and continued his training with teachers such as Carlos Gandolfo and Cristina Moreira. In 1984, he co-founded the clown group El Clú del Claun, one of the most celebrated groups in Buenos Aires known for their avant-garde works. In 1986, he began to develop training and research work with Iben Nagel Rassmusen of Denmark’s Odin Teatret, and is now a member of the Vindenes Bro Group (The Bridge of Winds) managed by Rassmusen. For over 35 years, he has been teaching clowning, physical and vocal training in Argentina and other parts of Latin America, as well as Europe. He has also served as the director of the theatre group El Primogénito since 1993.