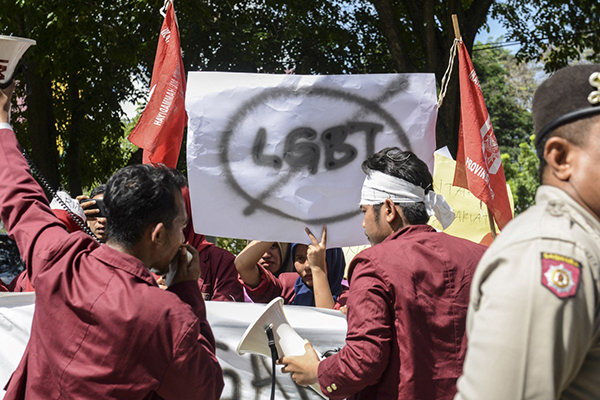 ArtsEquator Radar features articles and posts about arts and culture in Southeast Asia, drawn from local and regional websites and publications – aggregated content from outside sources, so we are exposed to a multitude of voices in the region. Here’s a round-up of content from this week, scoured and sifted from a range of regional news websites, blogs and media platforms, and brought together in one article for convenient reading.

Cebulski was talking about a limited-edition variant cover for Marvel’s “War of the Realms: New Agents of Atlas #1,” featuring Cebuana superhero Wave.

“I saw the solicitation but didn’t know anything about the title,” Sansolis says. “All I knew was that it was going to feature a new Filipino hero, and I was already sold. ‘Okay, I’m on it!’”

On May 11, the second floor of Robinsons Galleria, home of Comic Odyssey’s newest store, was jam-packed with close to a thousand fans who were there for a signing that was only scheduled to last three hours, but extended to around eight.

Ha Hung Dung, a Ho Chi Minh-based artist with a soft spot for northwestern Vietnam, is known for his paintings depicting life in the rural areas of the region he loves so much.

But when Dung took a recent trip to the northern province of Lao Cai to showcase some of his favorite works he realized the bitter truth: it wasn’t only he who was profiting off the love he had poured into his paintings.

Upon checking in at Pao’s Sapa Leisure Hotel, Dung was shocked to see his works blown up and recreated on a wall in the lobby.

Indie Malaysia’s theatre and its circuit of culture
Critical Stages

Despite having a Malay-Muslim majority and a declared religion of Islam, Malaysia is known today as a multi-racial and multi-religious country in Southeast Asia. It is one of the fastest growing developing nations in the region, and Kuala Lumpur, its capital city, is often regarded as a global city, serving as a hub for international business, finance and education. Peninsular Malaysia (then known as Malaya) was part of the British colony between 1824 (though British influence began much earlier) and 1957. The performing arts in post-independence Malaya would focus on decolonizing the stage, dominated by British expats prior to independence.

Given the complexity of Malaysia’s sociocultural and even political situation, exemplifying the theatre ecology of this nation has to go beyond a mere description of the work done by the various stakeholders. The argument here is that Malaysia’s theatre ecology (or “scene”) is ultimately a product of culture, with its own unique cultural practices and traits developed over time. Yet, it is the inputs and exchanges of these stakeholders that facilitate the evolution and reinforcement of this culture.

The Circuit of Culture, introduced by Paul du Gay, Stuart Hall and other British cultural theorists in 1997, can therefore be used as an analysis tool to account for the current of state of Malaysia’s theatre.

Local filmmakers, local stories on a regional video network: This is how Singapore’s Viddsee is meeting the demand for short videos
Splice Singapore

When Singaporeans Ho Jia Jian and Derek Tan built their first internet TV platform a decade ago, the iPad was still a year away and Netflix had yet to break out of the U.S.

Over the intervening years, the internet has fundamentally disrupted how video content is produced, distributed and consumed, from the proliferation of on-demand TV platforms to YouTube’s 1.5 billion users.

Ho and Tan, both engineers and film buffs, finally launched their own foray into the Wild West of internet video in 2013. Viddsee began as a platform hosting short films from Southeast Asia, based around a small community of filmmakers who were the creators of — and an audience for — the content.

As well as fueling their own passion for making movies, Viddsee was a gamble on the emerging appetite for videos that can be watched on a small screen during a daily commute, and for content produced by local talent telling local stories.

Acclaimed Thai photographer, writer and social activist Manit Sriwanichpoom was probably in Malaysia at the right time and right place last May.

He was in Kuala Lumpur to launch a solo exhibition and was fortunate enough to witness – and document – the unforgettable scenes surrounding the 14th General Election.

One year on, Manit is back in KL to participate in a group exhibition, which looks back on Malaysia Baharu.

“I was lucky to be in KL during the elections on May 9 last year. It was not an ordinary one but a historic moment in which Malaysians showed the world how they removed Prime Minister Najib Razak through the ballots. It was exhilarating to see my Malaysian friends and guests arrive at the opening of my photo exhibition at A+ Works of Art on the night of May 10 with their forefingers stained with indelible ink, their proud souvenir from having exercised their rights the day before.

When a new San Shwe Myint comic book was out, a street vendor would announce “San Shwe Myint Cartoons are available now” on a flat board while book shops placed a blackboard at the entrance, declaring the issue date using white and colour chalks.

Those days are long gone. San Shwe Myint was defeated by the popularity of television and the internet. Young people’s attention has been rerouted and their reading habit has changed, tapering off production of Myanmar created comic books. Comic die-hard fans had been deprived of the pleasure of reading comic books since the 2000s.

With an attempt to spark a revival of interest in comics, WE distribution has reprinted Canadian cartoonist Guy Delisle’s graphic novels with a Myanmar translation-Pyongyang, Shenzhen, Burma Chronicles, Hostage, and Jerusalem. A little while back, Diary of a Wimpy Kid, in Burmese, was released. Myanmar comics were not forgotten – one cartoonist, Myeik Win Htein, had his comic books reprinted, rekindling comic fans’ hope that they would see San Shwe Myint again. He is well remembered.

Mob violence against a university lecturer and three students who were celebrating World Dance Day in the Indonesian city of Pontianak last week has again cast a spotlight on rising anti-LGBT sentiment within the world’s largest Muslim-majority country.

The attackers were members of the local branch of Laskar Pemuda Melayu (Malay Youth Paramilitary), who claimed the dance was too vulgar to be displayed in public and the event promoted LGBT lifestyles. They also said that the wearing of tight shirts by male dancers from Tanjungpura University who were “dancing femininely” was not compatible with Indonesian culture.

Footage of the violence soon spread on social media, prompting a backlash against Pontianak mayor Edi Kamtono, who has cultivated the support of conservative elements, including the Great Indonesia Movement Party (Gerindra) of presidential candidate Prabowo Subianto.