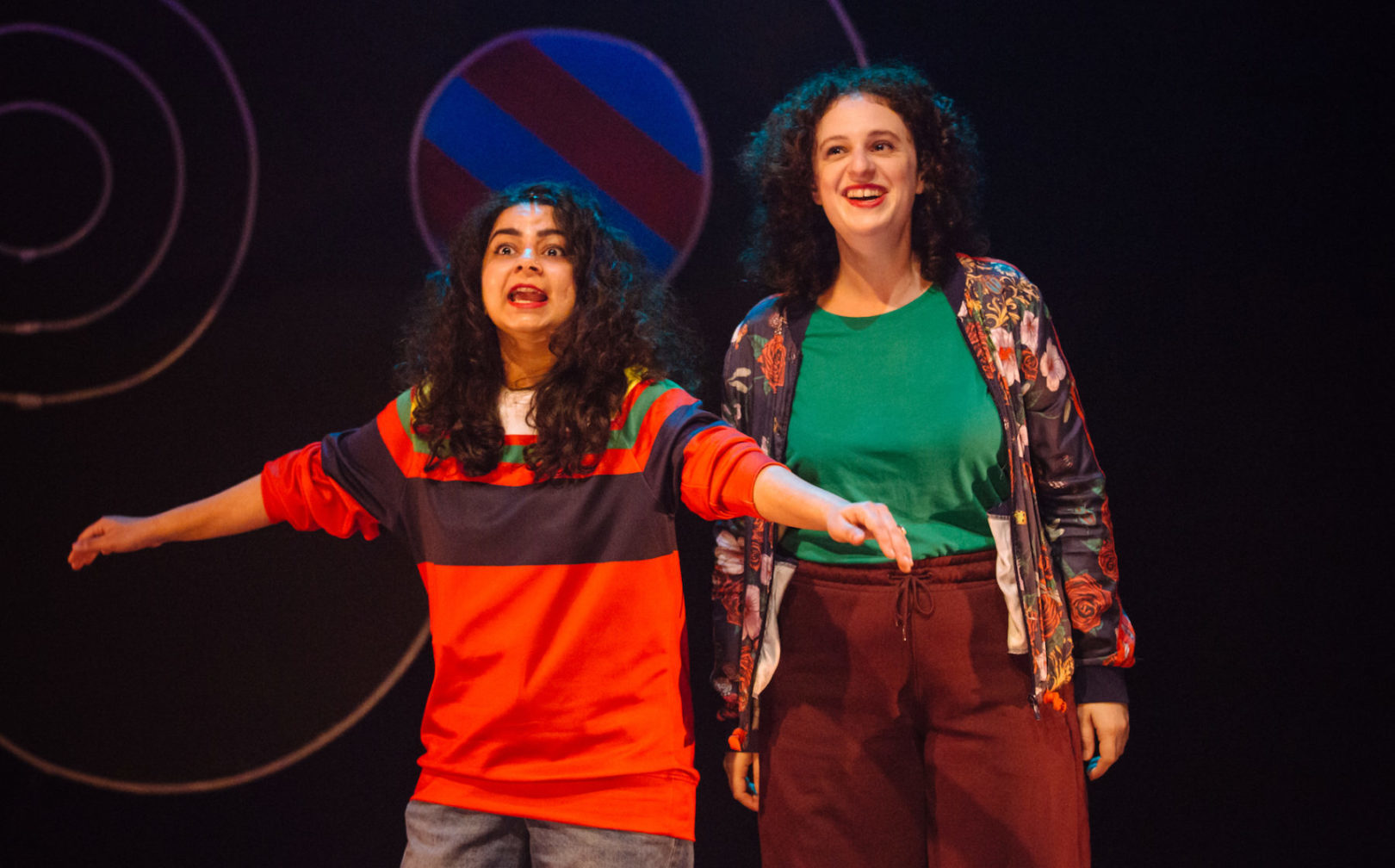 It is 2007 on a Thursday night, and I am at the old Phuture on Zion Road. “Smack that, all on the floor,” Akon’s hit single Smack That is booming from the club speakers. “Smack that, give me some more,” the song continues. The club is brimming with barely legal teenagers. Couples are gyrating on the crowded dance floor; some of the girls’ bodycon dresses are riding up and the boys pump their fists in the air. I feel self-conscious as I am sandwiched between two tall figures. Even so, I find myself dancing; the air is heavy but the beat is thick.

It is 2017 on a Saturday night, and I am late for Checkpoint Theatre’s Thick Beats for Good Girls. I am brisk walking in the light drizzle and my earphones are blasting Migos’ Bad Bitches Only. As the Drama Centre looms ahead, I think about how hip-hop seems to always conform to its own lazy stereotype of girls as hyper-sexualised beings. Or at the very least, girls who have no issue with bending over to Akon, Migos or whomever. This cliché even applied to me back then, a teenage girl dancing to Smack That, which contains the line “Women just hoein’, big booty rollin’”. It feels wrong or hypocritical of me to take part in this, doesn’t it? Since its birth in 1970s New York, hip-hop has a long, complicated history of how it treats women and women’s bodies. From Dr. Dre’s Bitches Ain’t Shit to Cardi B’s Bodak Yellow, it is difficult to pinpoint exactly how women are positioned or even welcomed in hip-hop. Girls in hip-hop can be sexy, empowered, naughty… but can they be good?

Enter Jessica Bellamy and Pooja Nansi. In Thick Beats for Good Girls, they express their love for hip-hop, or “thick beats”, while addressing what makes a “good girl”. For Bellamy, a “good Jewish girl” is shy and demure and shudders at the word “orgasmic”. For Nansi, a “good Hindu girl” dresses appropriately at family gatherings. With lyrics that are often vulgar and sexually charged, hip-hop seems like the last thing a “good girl” might need. At the same time, for Bellamy and Nansi, hip-hop becomes the very element that disrupts, subverts and re-defines their “good girl” identity.

Hip-hop, as Nansi and Bellamy demonstrate, is for the everyday. Nansi powers through the treadmill to DMX’s X Gon’ Give To Ya, and Bellamy pumps up the volume to Kendrick Lamar on long rides to the city. Hip-hop is for your sexual liberation. With Khia’s My Neck, My Back, Nansi and Bellamy indulge in its explicit chorus of “lick my neck, my back, my pussy and my crack”, a rallying cry for good girls to gain control of their sexuality, to demand for sex out loud. Hip-hop is your escape. Kanye West’s 808s & Heartbreak, written after his mother’s death, is an album that Bellamy clings to after experiencing deaths of her loved ones. Hip-hop is not for everyone. Nansi witnesses a Chinese Singaporean girl who loudly sings to the chorus of Kanye West’s “Gold Digger” in the club. She confronts her, “Hey, don’t say the n-word!” The Chinese girl replies, “Well, can you?”

Thick Beats does not serve to find answers. Instead, the performance is a means to critically engage with music that many might dismiss as fun and trashy. Most poignantly, Thick Beats favours the personal over the instructional. For Bellamy and Nansi, their love for hip-hop is bound by a series of individual experiences. By interweaving elements of song, dance, memoir and poetry, Thick Beats makes for intimate and compelling storytelling. As a performer, Bellamy shows a raw rage when protesting against her deeply conservative religion and homophobic Australian politicians. Nansi, on the other hand, leans into her strength—the spoken word. She is electric when performing a monologue about the hot, sticky intensity of one-night stands. Most of all, the two women have excellent chemistry together, especially while grooving to their favourite sick, thick beats.

Like any good hip-hop beat, Thick Beats for Good Girls pulls you in. Hip-hop can be personal but political, contradictory but absolutely transformational. Bellamy and Nansi come from completely different cultural backgrounds, but they are united by their love for hip-hop. They may not be the initial target audience for the genre, yet these women are hooked on the beats and the rhymes that have driven them towards a space to explore their own bodies, their sexuality and their individual identities. As such, the duo’s uninhibited embrace of hip-hop reveals a certain vulnerability about their personal selves against hip-hop’s broader cross-cultural, politically driven history. It is utterly magnetic and it proves that one thing’s for sure—this shit’s tight.

This review is based on the performance on 7 April 2018 at 8pm. The reviewer missed the first five minutes of the show.

Thick Beats for Good Girls by Checkpoint Theatre runs from 5 to 22 April at the Drama Centre Black Box.

Patricia Tobin is a theatre reviewer from Singapore. She writes at havesomepatty.com.