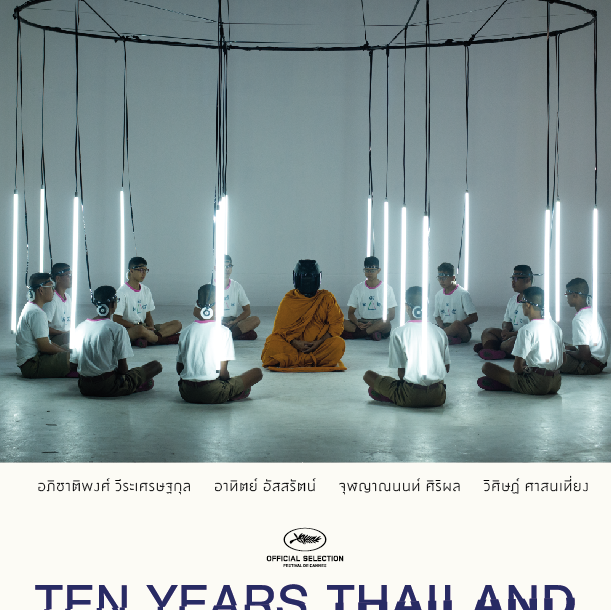 “Will it still be customary for movie-goers to stand for the royal anthem ten years from now?” I wonder, as the familiar ritual compels me to my feet before the start of the feature.

Ten Years Thailand invites four Thai directors to imagine what their country will be like a decade from now. It follows the surprise success of the 2015 Hong Kong film Ten Years, which reflects the pessimism many in the city feel as their “special autonomy” withers away and mainland China steadily exerts its authority. In addition to the Thai release, Taiwanese and Japanese versions are also in production.

The premise of the original Hong Kong film might have given the Thai directors pause for thought in the treatment stage. The narrative popular amongst activists in Hong Kong is—rightly or wrongly—one of a linear decline. They feel that, since the 1997 handover from the British to the People’s Republic of China, rights, freedoms and cultural identity have gradually eroded. A nostalgia for the past intersects with a gloomy present and a fear of the future. All of this was reflected in the five short films comprising the original Ten Years.

But how can Thailand’s past, present and future be imagined? What bleak stories can be told about what Thailand will be like in a decade, when Thais have already lived under nearly five years of military rule? What dystopian horror in 2028 could be worse than 2010, when military snipers shot unarmed protesters in the head, causing their blood and brains to spill out onto Bangkok’s uneven paving stones? What could be worse than the killing, raping and lynching of students in 1976? Or the burning alive of hundreds, if not thousands, of suspected communists in 1972?

Read the complete review by James Buchanan on New Mandala.

ArtsEquator Radar features articles and posts drawn from local and regional websites and publications – aggregated content from outside sources, so we are exposed to a multitude of voices in the region.