tropics, a many (con)sequence | an exhibition with Kent Chan 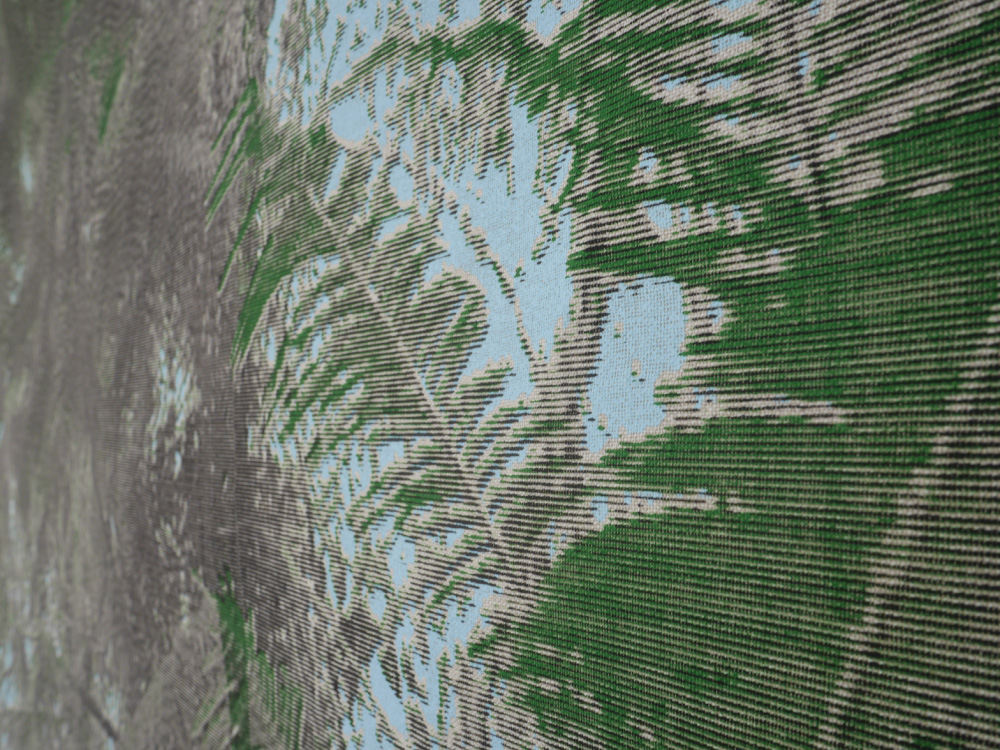 tropics, a many (con)sequence locates Kent Chan’s film Seni as the exhibition’s locus, inquiring on the tropical imaginary that continues to frame aesthetics and artistic identities. Converging on cinematic languages and artistic histories that purposefully use these visual tropes of jungle and frontier, the tropics are studied in relation to state demands and colonial projections of the region, further elucidating its position as site, creation and fantasy. The artist inquires on notions of the rustic and the uncharted in his propositions on where art history and history intersect. These subjective intersections are shown where components of the film and text are extracted and distilled into distinct parts, and in how they are made to converse with other paintings created at the onset of the region’s historic decoloniality. Imagery and manifestos are prompted in the exhibition, marking the striking consequences these developments in art have had on modelling and perpetuating identities.

What does it mean to bring art from the colony to the heart of the former empire? Seni speculates on the story of Ho Kok Hoe, then president of the Singapore Art Society who brought the first exhibition of Singaporean art to Europe in 1955, intimating the region’s relationship between tropics and modernity. A narrative is sung in the film, interjected with images from the exhibition in question, Paintings by Singapore Artists (1955). Deeply rooted in Chan’s practice that displaces the frame of modernity, curatorial inferences emerge through the staging of archetypal art objects within primeval, lush settings – a site that held the fascination of colonial governance.

Embracing the filmic installation, the exhibition also bears works by pioneers of the Nanyang Style. This juxtaposition bears a two-fold interrogation: how was artistic agency exercised by those who come from this so-called tropics? How did such motivations contribute to the immortalisation of equatorial imaginations? tropics, a many (con)sequence is an attempt to define the politics of the tropics.

Kent Chan is an artist, filmmaker and curator based in Singapore. His practice revolves around our encounters with art, fiction and cinema that explore the links between aesthetic experience and knowledge production. He holds a particular interest in the tropical imagination, and the relationship between moving images and the modern city. The works and practices of others often form the locus of his works that have taken the form of film, text, conversations and exhibitions. Chan is currently an artist-in-residence at the Jan Van Eyck Academie.