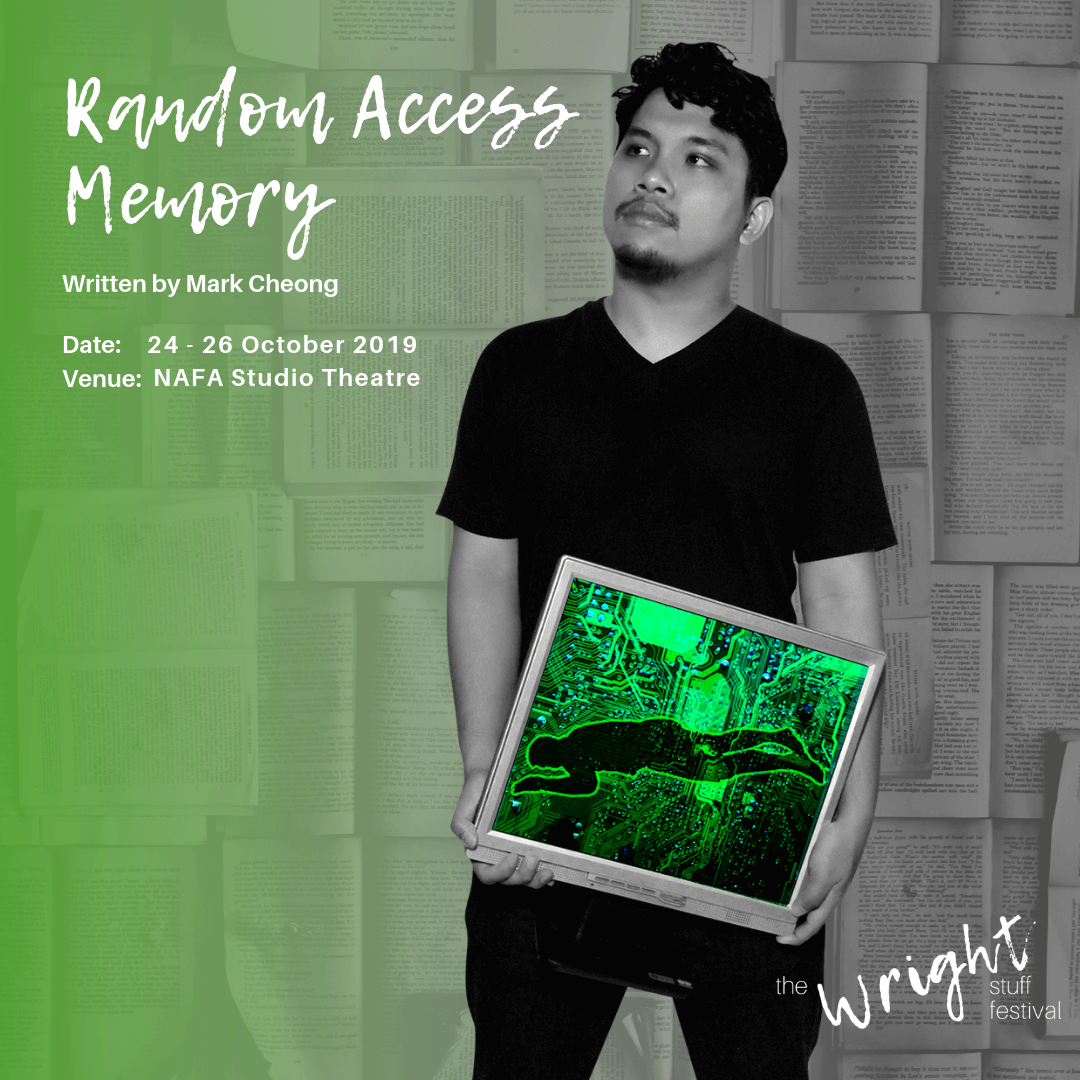 The Wright Stuff is a playwright incubation programme by Toy Factory, where new playwrights and their first plays are chosen from an open call to be developed under the tutelage of Toy’s Artistic Directors. It is an invaluable platform for these new writers’ plays to be mentored and eventually staged – with professional directors helming them.

RAM and GIG – two inseparable parts in charge of memory in a computer – are encumbered with the task of deciding which memories of a dead boy is worth keeping. As they struggle with the weight of the impossible job, they are confronted again and again on what it means to be human – and what legacy truly means.

Duration: 90min with no intermission