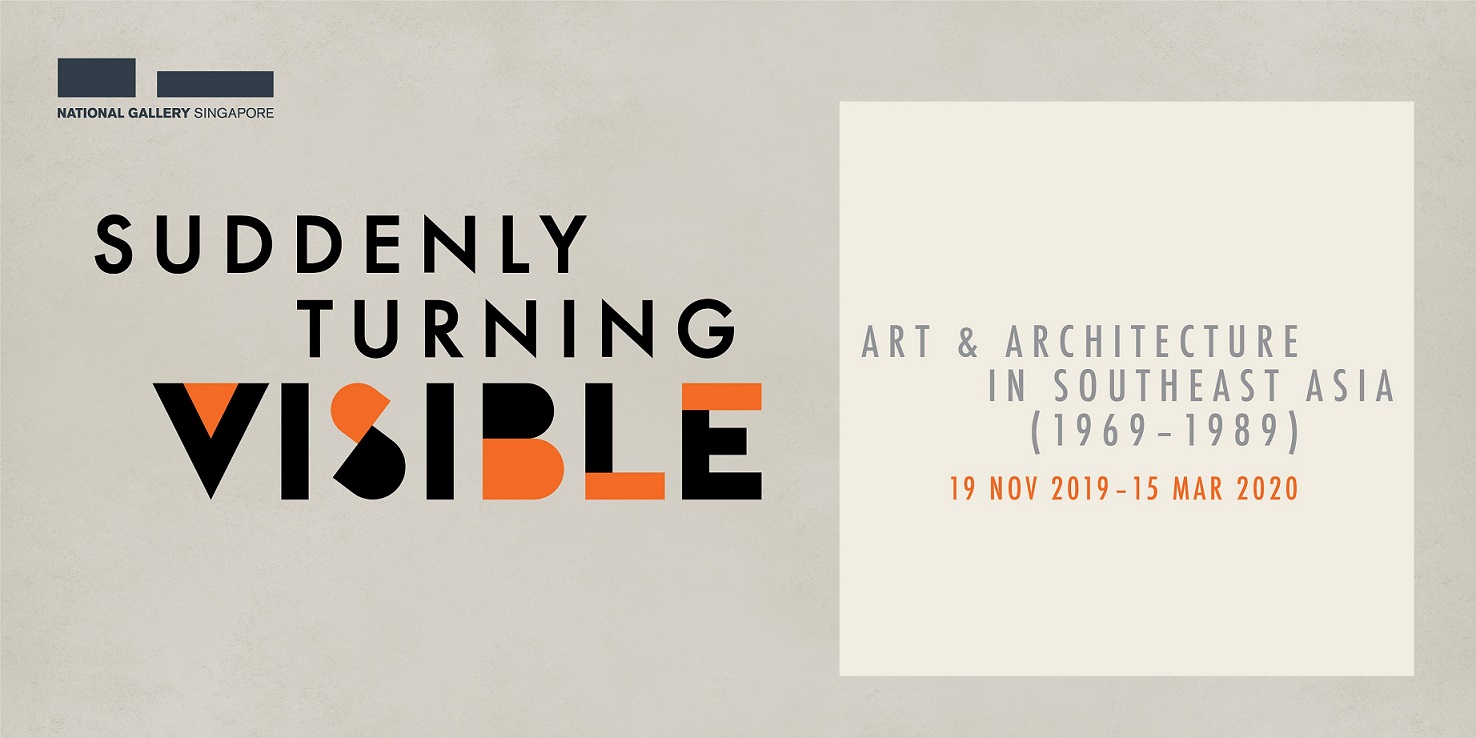 Suddenly Turning Visible: Art and Architecture in Southeast Asia (1969-1989) at National Gallery Singapore reveals the connections between art and architecture in Singapore, Bangkok and Manila, during their transformation into modern metropolises.

The driving force of the period was the logic of developmentalism: a focus on industrialisation and economic growth as state priorities for nation building. Artists and architects also came together to advance varied perspectives towards this new vision.

A comparative survey of three influential art institutions — the Alpha Gallery (Singapore, est. 1971), Cultural Center of the Philippines (Manila, est. 1969), and Bhirasri Institute of Modern Art (Bangkok, est. 1974), Suddenly Turning Visible spotlights artistic practices from the 1970s that actively reinterpreted international art movements such as abstraction, realism and conceptual art while being in dialogue with folk and vernacular traditions of Southeast Asia.

Featuring more than 50 artworks from the period alongside archives, and newly commissioned and restaged artworks, Suddenly Turning Visible tells the lesser-known story of how the vision and ideals of a modern city are reimagined and questioned through art.