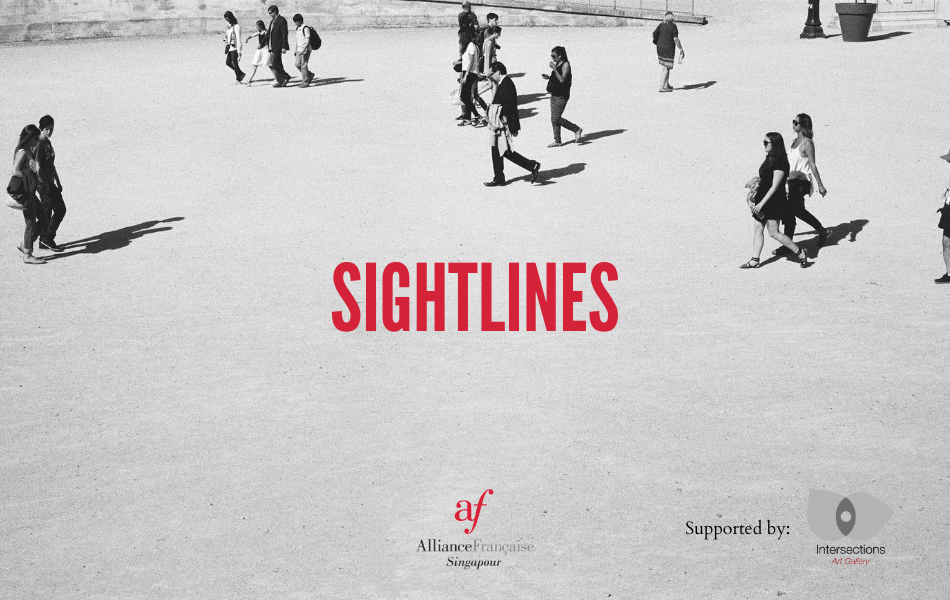 Sightlines is a joint exhibition by Marc Nair and Tsen-Waye Tay featuring a series of poems mapped onto a collection of black and white images shot on film. The combination of poems and images are notes on passing through diverse places with an unnamed female traveler, who is both photographer and protagonist. The melding of text and image allows the reader to immerse themselves into the stories presented, where the poems are written with and against the image.

Each frame is able to capture the fleeting present, often evoking a sense of being and becoming and a sense of familiarity. The reader will experience an emotional immediacy and negotiate narrative against the governing idea of solitude. Within each paired image and poem is a small movement. First the image, then the poem, then the image again, winding them together into a single voice for the reader. Yet there remains nothing definite in the idea of ‘looking’. The poem is just one possible place from which to view the photograph.

In a time where emotional isolation permeates our society, Alliance Française de Singapour invites you to embark on a poetic journey of introspection and connection in the exhibition “Sightlines”, guided by words from Marc Nair and observed through the lens of Tsen-Waye Tay.