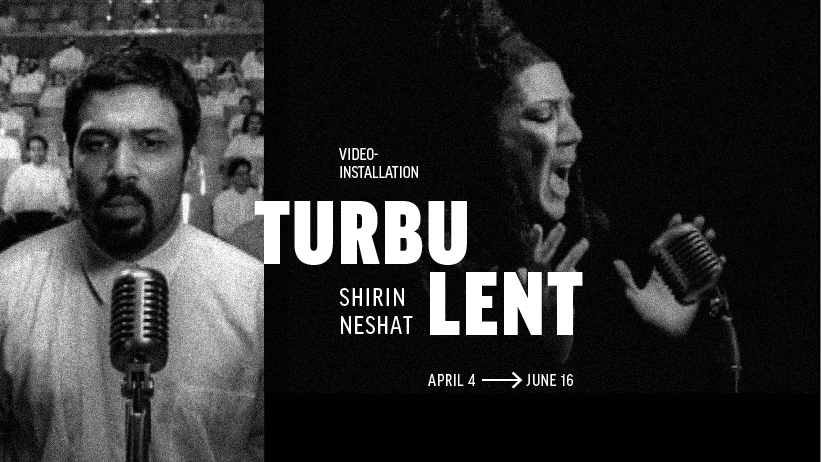 Shot in 1998, the video depicts two performers – Shoja Azari, playing the role of the male, and Sussan Deyhim, an Iranian vocalist and composer, as the female — who together create a powerful musical metaphor for the injustices, inherent in gender roles, and cultural power in Iran.

Despite being far less conservative than Iran, Ukraine still ranks 61st according to the Gender Inequality Index (among 195 countries), with men’s salary on average 23,9% higher. It is revealing that around 60% of Ukrainian women occupy underpaid jobs and simply can’t make it through the glass ceiling. Gender inequality particularly touches upon distribution of power and political decision-making with women composing no more than 12,5% of Parliament, meaning that patriarchal power still holds the key to the door of freedom, self-identity and expression.

The exhibition and accompanying public program will address these and many other gender-related questions examining traditional gender roles and behavior patterns, the (non)existence of famous Ukrainian female artists and interactively exploring the challenges that women encounter in society.

In Turbulent, on one screen, a male singer is seen delivering a traditional Persian love song to an audience, while, on the opposite screen, a woman stands silently throughout his song. The woman, unlike the male singer, faces an empty concert hall. Not only is she restricted from reacting to the music; more importantly she is also prohibited from singing in public, according to the rules imposed by the government of her country. When the male singer finishes his performance, however, the woman suddenly breaks into a wordless song, composed of passionate breaths and ecstatic cries. Both the male and female singing styles are ‘melismatic,’ i.e. any one syllable of a word may sustain through many musical pitches, including grace notes, giving the whole performance continuous fluidity. Listeners are immediately struck by the contrast between the male singer’s descriptive lyrics and traditional melody, and the woman’s completely abstract sound poem. Whereas the male performance is socially sanctioned, the woman’s performance is outlawed, yet, ironically, the woman’s performance leaves a much greater impression on the listener, due to its wild, unrestricted nature.

This juxtaposition depicts male privilege and how no matter what the man faces, he will always be in a more advantageous position than the woman. The woman, on the other hand, represents the voices of women who are constant victims of being the underprivileged gender within this world. At the same time, the female singer who breaks free from traditional limitations suggests the possibility for emancipation.

Clearly, Turbulent can be seen as a symbol of the gender separation that up to now characterizes Iranian society, yet it also allows for a broader interpretation by referring to the global turbulence of the present day. Undeniably, the fight for equality, for label-free identities and against right-wing populism marks today’s urgencies all over the world. In this light Turbulent comes in as a sharp yet metaphorical comment on the current state of affairs, in particular alluding to the upcoming presidential elections in Ukraine.

Entry to all events is free

This project is courtesy of Faurschou Foundation (Copenhagen, Denmark)