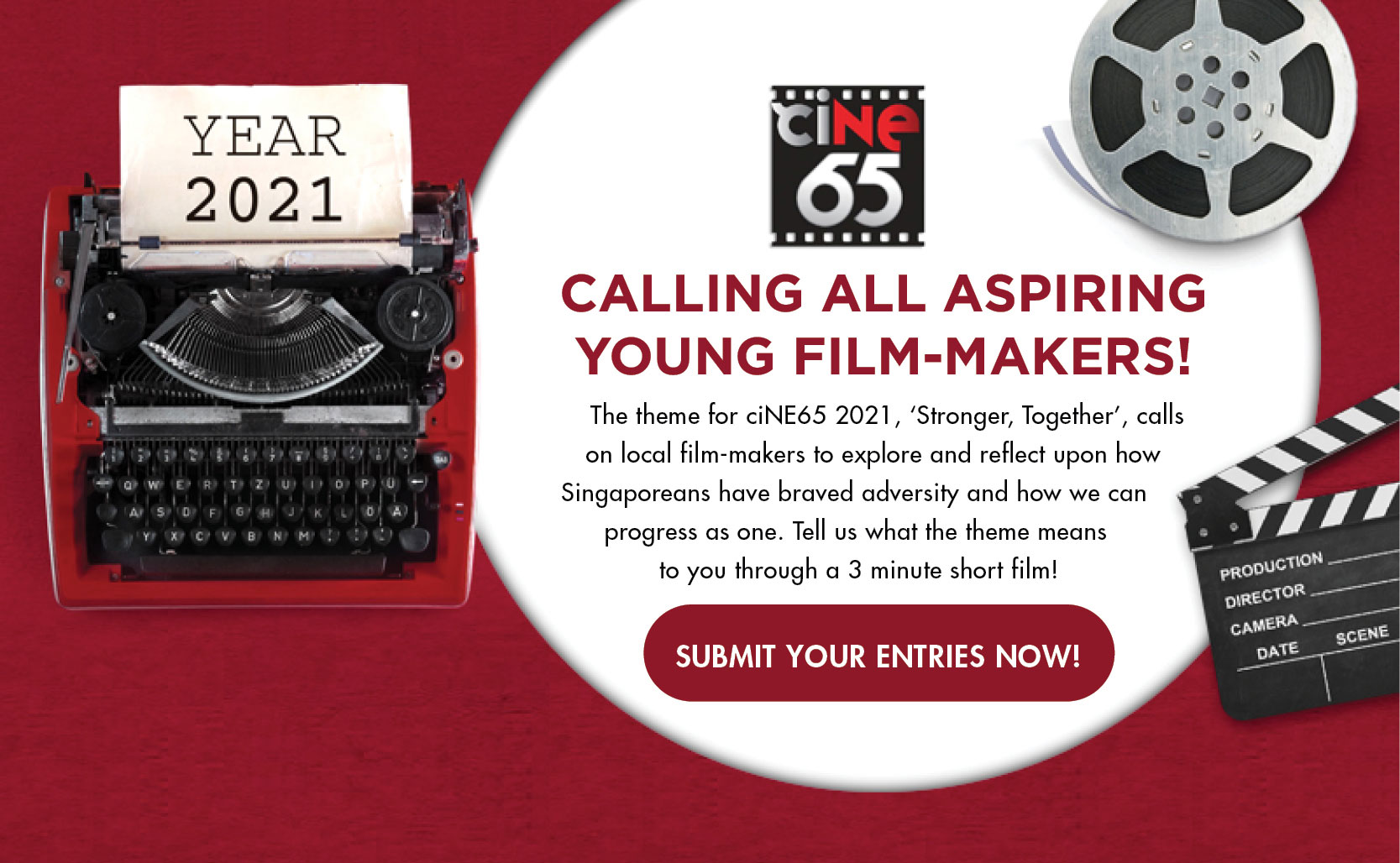 Launched in July 2011, ciNE65 returns for its sixth season as the largest national platform for film students and budding filmmakers to share short films on our Singapore story. Themed ‘Stronger, Together’, ciNE65 2021 calls upon local filmmakers to reflect on our stories and explore how we can overcome difficulties and move forward as one Singapore, united and working together. ciNE65 2021 consists of three commissioned films, a short film competition known as the “ciNE65 Movie Makers Awards” (ciNE65 MMA), film-making workshops and seminars, and a film festival. Submit your three-minutes short film now! Visit www.facebook.com/cine65 for more details.

Filmmaking is a team effort, and the relationship you have with your film team is important in shaping the vision of a film. Some collaborators go on to work with each other continuously in their professional journey. Award-winning industry professionals, Yeo Siew Hua and Fran Borgia, will share about what makes their working relationship work, and the importance of good collaborators.

Yeo Siew Hua’s A Land Imagined (2018), won the Golden Leopard at the 71st Locarno Film Festival and is Singapore’s entry to the Academy Awards (Oscars) 2020. The film also won Best Original Screenplay and Best Original Music Score at the 56th Golden Horse Awards and is internationally distributed on NETFLIX. For his achievements towards the growth of Asian cinema, he was given the Lesley Ho Asian Film Talent Award at the 29th Singapore International Film Festival. Yeo Siew Hua is a founding member of the 13 Little Pictures film collective and a member of the Asia Pacific Screen Academy.