Dwiki Aprinaldi (b.1997) is a copywriter, essayist, and film critic based in Indonesia. He received awards from the Center of Film Development, Indonesian Ministry of Education and Culture for the Best Writing in Film Article category and Best Movie Reviews, respectively in 2019 and 2020. In 2022, he published his first book Gender, Muslim, & Sinema which examines the interplay between heteronormativity, Muslim identities, and post-New Order Indonesian cinema. Dwiki can be reached via dwikiaprinaldi@gmail.com. 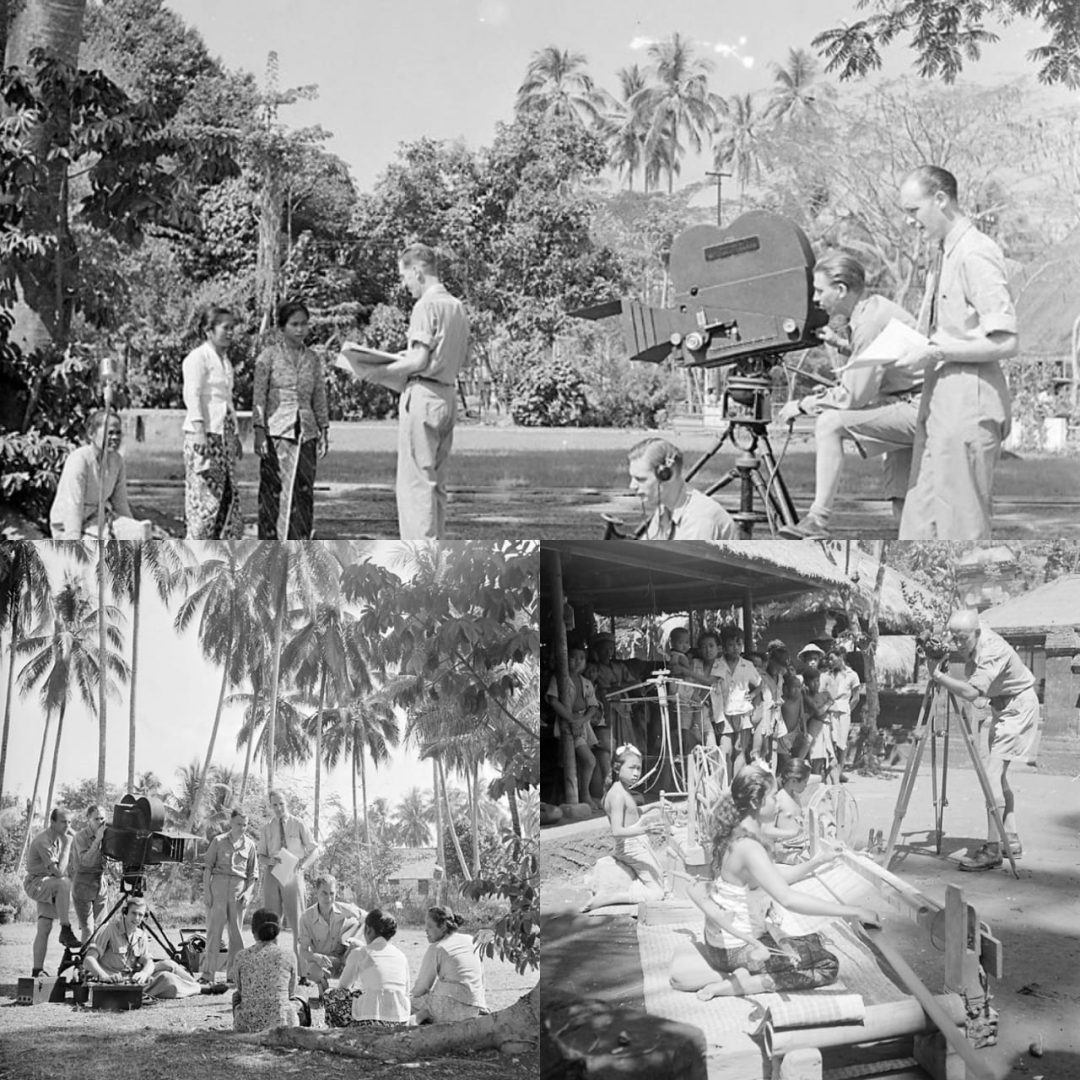 (Bottom right) In a village in Bali, Jaap Zindler films two indigenous girls working with a loom, Indonesia (1947). (Top and bottom left) Staged filming on the site of the Government Film Company in the former Mr. Cornelis in Jakarta, Indonesia (1947).

Dwiki Aprinaldi critiques the influences of colonial history that still seep through the film industry in Southeast Asia. This article is published as part of the inaugural AE x Goethe-Institut Critical Writing Micro-Residency 2021/2022.